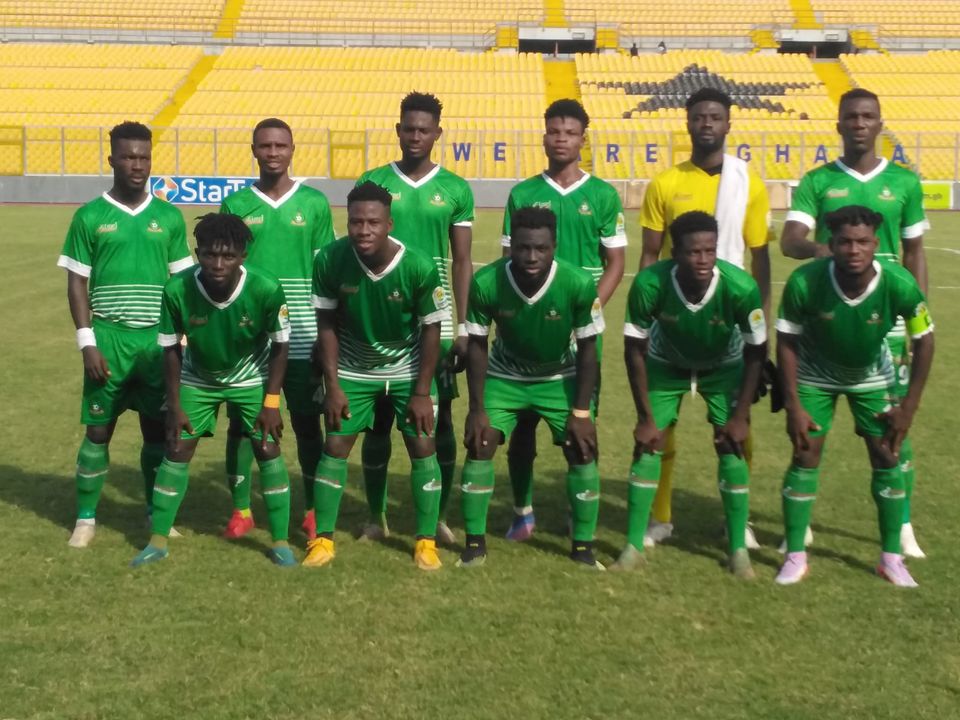 King Faisal beat Kotoku Royals 2-1 on Friday afternoon at the Baba Yara Stadium to record their first win in the 2022/23 Ghana Premier League.

In the early exchanges, the Insha Allah boys showed they are ready to take all three points. Abednego Tetteh came close to giving his team the lead but missed the target by an inch.

Benjamin Asiedu produced a stunning save to deny the visitors. In the 27th minute, King Faisal scored the game's first goal. Adom Antwi headed home from a pass from Abednego Tetteh to make it 1-0.

In the 40th minute, Samuel Kusi raced into the penalty box to score but his effort went wide.

After halftime, Samuel Kusi again had a glorious chance to double King Faisal's lead but the visitor's goalkeeper denied him.

Kotoku Royals scored their consolation goal in the 85th minute.

King Faisal will play Karela United in their next Ghana Premier League game while Kotoku Royals will take on Samartex.