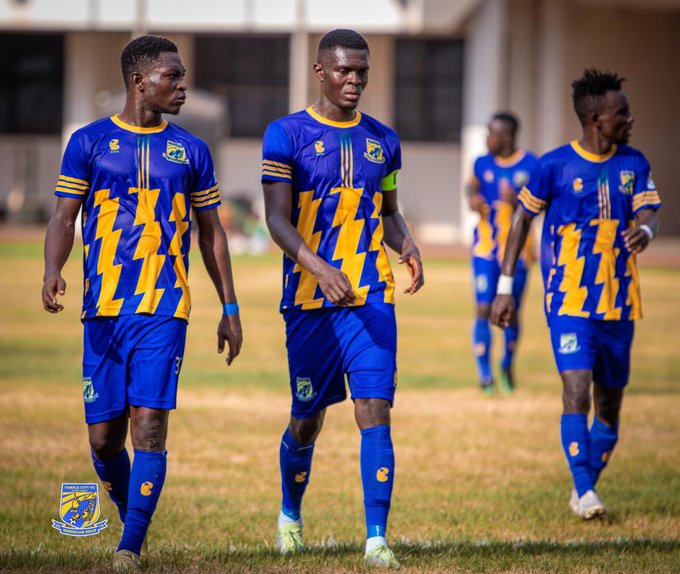 Tamale City FC came from behind to beat Aduana Stars 2-1 on match week eight of the Ghana Premier League on Sunday.

The win was the new entrants' first victory in the league this season at the Aliu Mahama Stadium in Tamale.

Tamale City are now 17th on the standings with six points, while Aduana Stars still remain top of the table with 16 points despite their defeat since Accra Lions and Asante Kotoko also lost their respective matches.

After a goalless first half, Bright Adjei opened the scoring for Aduana in the 53rd minute but Substitute Eduku netted his first goal of the season to draw the home side level in the 73rd minute.

The league resumes after the global showpiece.