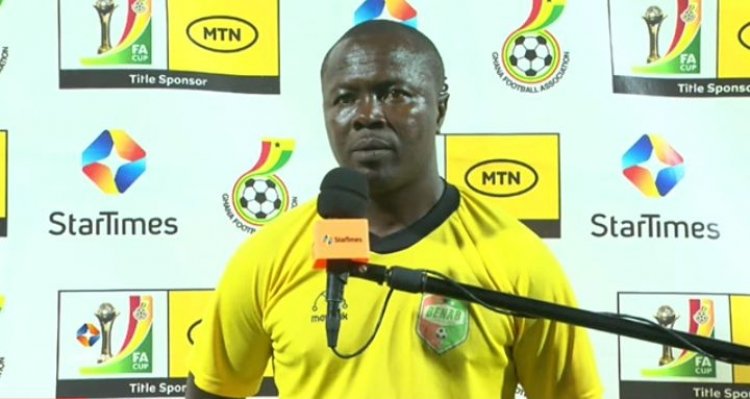 The head coach of Benab FC, Abu Adams, has voiced his disappointment and frustration over their defeat against Asante Kotoko in the MTN FA Cup Round of 32 on Saturday.

He believes that poor officiating was the primary cause for their loss, stating that the officials seemed to be favoring the Porcupine Warriors during the game.

Despite the outcome, Coach Adams praised his team for their hard work and determination on the field.

"I’m not happy because the officiating wasn’t good for us. It was a bad officiating and it seems they’re favouring Kotoko to score us," he told StarTimes after the game.

“We couldn’t defend the last corner kick because my boys lost concentration at that time but for me, they played well.

"I’m happy with the way my boys played, they did that to my satisfaction but I’m only annoyed with officiating. You indicated five minutes additional time but we played eight.”

Ishau Alhassan's own goal gave Kotoko the lead at halftime, but Umar Mohammed equalized for Benab FC. However, it was Agyemang's last-minute goal that sealed the victory for Kotoko and ended the the second division side's chances of advancing to the next round.