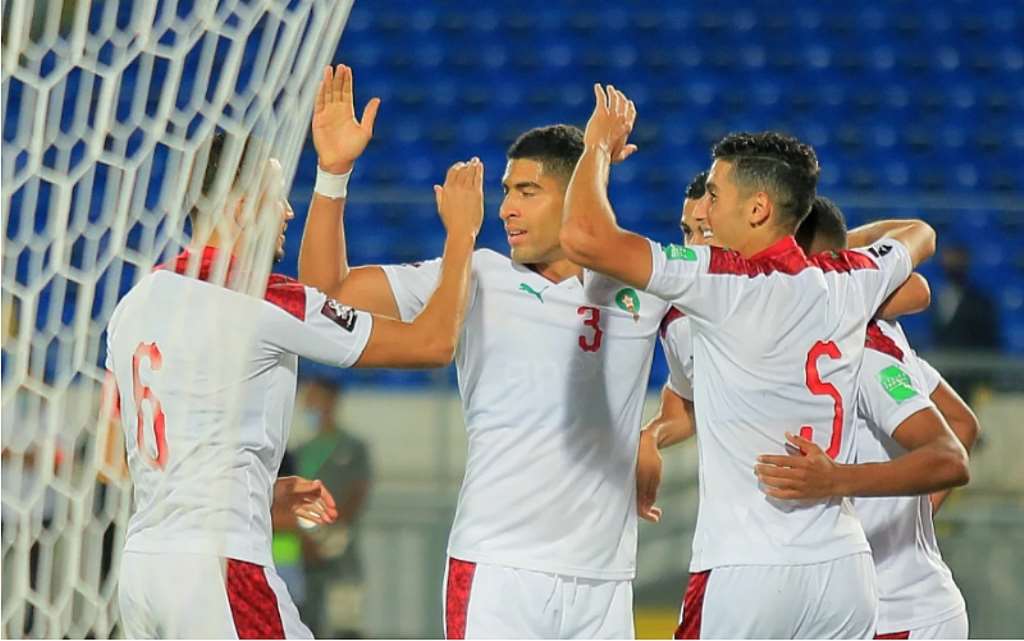 Morocco moved closer to guarantee a place in the final round of FIFA World Cup, Qatar 2022 qualifiers after beating Guinea-Bissau 3-0 in Casablanca in Group I matchday 4.

Ayoub El Kaabi brace and Aymen Barkok strike gave the Atlas Lions their second win over Guinea Bissau in 72 hours, as they could virtually win the group with a win over Guinea in their rescheduled Matchday 2 game next Tuesday.

Meanwhile, in Thies, Senegal maintained their 100% record in Group H after thrashing visitors Namibia 4-1, as the Teranga Lions grabbed their third win in as many games.

Just 72 hours after beating them 5-0 in Rabat, Morocco completed the double over Guinea Bissau, winning 3-0 in Casablanca. Despite considered visitors, Morocco were actually playing at home, as Guinea Bissau opted to play their home games there having no fit stadiums for the qualifiers.

Ayoub El Kaabi continued his scoring streak for the Atlas Lions, opening the score after 10 minutes. Another ten minutes later it was 2-0 when Aymen Barkok doubled the result for Morocco scoring his first international goal.

El Kaabi completed his brace after 69 minutes with all traffic going Morocco’s way. The Atlas Lions could have added more goals on the night as they cemented their grip on top spot.

Morocco are on nine points from 3 games, five more than Guinea Bissau who played one more game. Guinea has 3 points and Sudan two in that order.

A win over Guinea in Rabat on Tuesday means Morocco will guarantee a place in the third and final qualifying round with two games to spare.

In-form Idrissa Gueye opened the scoring for the Teranga Lions as early as the tenth minute. The Paris Saint Germain midfielder continued his amazing club form this season to put the hosts ahead.

Ten minutes after the restart, Liverpool superstar Sadio Mane had his name on the scorers’ list as he added his side’s third of the night.

Joslin Kamatuka gave Namibia a lifeline when he pulled one back after 76 minutes, but Keita Balde made it 4-1 with six minutes remaining to secure maximum points for Senegal at home.

Senegal tops the group on nine points, five more than second-placed Namibia, before they lock horns again in Johannesburg, South Africa on Tuesday. Congo (2 points) and Togo (1) follow in that order.