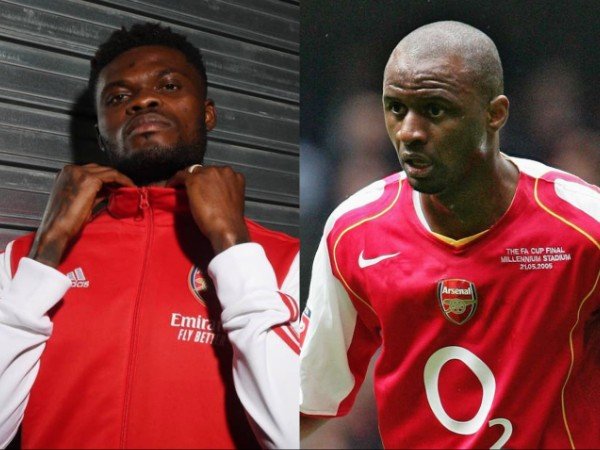 The 27-year-old has been on a fine form and made the headlines in their 2:1 win against Rapid Vienna in the Europa League in Austria.

“This is where he looks like Patrick Vieira, travelling with the ball and making things happen," lauded Arsenal legend, Martin Keown.

However, according to Lokko, Partey will have an impact on the club stressing that he has the qualities of Vieira but more skilful.

“I believe he is going to have a big impact,” Lokko told The Mail.

“I see him play like Vieira. But he is more skilful. Vieira was a ball-winner but, with Thomas, he is more offensive,” he added.

Partey made his full Premier League debut in their 1:0 defeat to Leicester City at the Emirates Stadium on Sunday.

However, Vieira was part of the Arsenal team that went the season unbeaten in 2004.