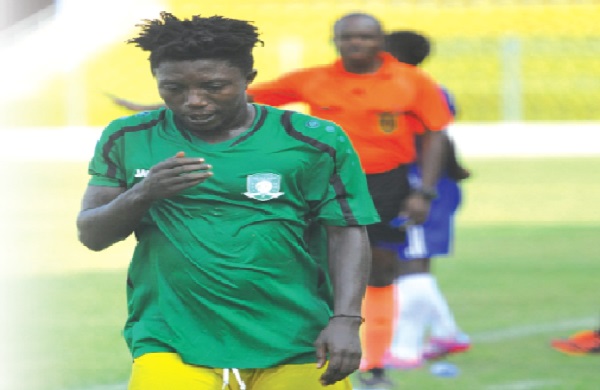 Aduana Stars skipper, Godfred Saka, says his absence from tomorrow’s outstanding Premier League clash with Wa All Stars will not affect the team’s quest to avenge a painful 1-2 defeat they suffered at the hands of the defending league champions last season.

The ninth week fixture was postponed to allow Wa All Stars participate in a WAFU tournament in Senegal.

Saka was shown a red card in his side’s top-flight encounter with Great Olympics last Monday and will, therefore, miss tomorrow’s mouth-watering game at Dormaa-Ahenkro.

Tomorrow’s game at the Nana Agyeman Badu Park is expected to be a repeat of last season’s league-defining fixture with Aduana keen on avoiding similar result at home.

The Aduana captain told the Graphic Sports that there was the need for his teammates to take advantage of the game to win and move to the top of the log.

“I don’t think missing out in the game will affect our chances because the team have equally good players who are ready to fill any void created by my absence,” he said.

“We are focused and ready to revenge that loss last season and I want to urge my colleagues on not to be complacent ahead of the match,” he added.