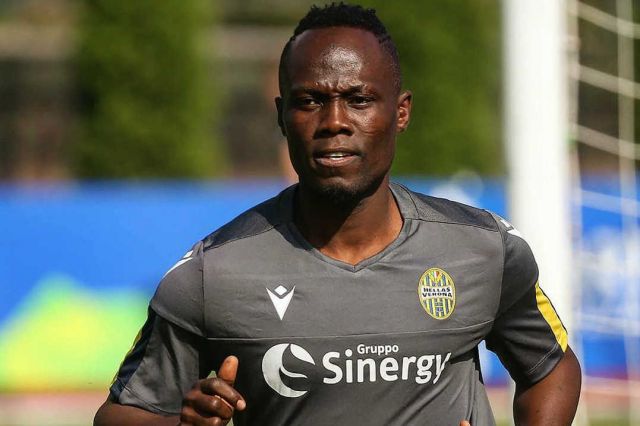 Ghanaian international Emmanuel Agyemang Badu has stressed that he wants to work hard to get back to his best form in order to help his Hellas Veron side after recovering from pulmonary microembolism.

The former U-23 World Cup winner was diagnosed with blood clots in his lungs prior to the start of the 2019/2020 Italian Serie A season.

That kept him out of the first round of Matches in the division as he stayed under observation to receive treatment for the illness that could have turned fatal.

He recently recovered and featured in his first Serie A match of the season when he came on as a substitute to replace Sofyan Amrabat in Hellas Verona’s 2-1 win against Genoa.

In a post-match interview, Agyemang Badu has noted that he is ready to work hard to rediscover his form in order to help Verona in the remaining matches of the season.

“Now I have to forget everything, work very hard to help the team," Badu indicated”, the 29-year-old said.

Opening up on the difficult period where he was sidelined, Badu shared: “It was tough for me and my family. I've never felt this for a player. Now everything went very well, I'm working hard to get back to the top and help the team”

He further applauded club president for Hellas Verona as well as everyone who supported him and his family during the period.

“The president is a special person. The sports director has always been with us, but it is also thanks to the coach. Now we have to think race by race because the championship is long but we can see that the team is doing well”

"I'm fine. The team is fine, we are a nice group with a great coach. I just have to work and help the team to achieve the goal."

“The team is doing well but the public also deserves it”, Agyemang Badu concluded.