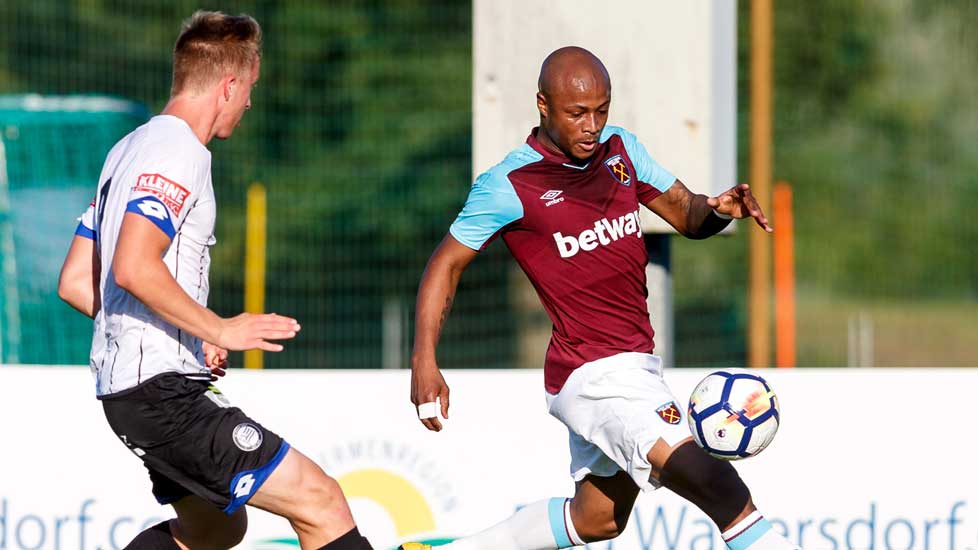 Ghana deputy skipper Andre Ayew is hoping to start the English Premier League campaign with his team on a good note.

Andre and his side will play three away games as the season opens this weekend.

Their pre-season was good and with the introduction of new players Andre believes things will go well.

“It’s hard for us to start the season already with three away games, so we need to see how we start the season and from there we can start to know where we are”, Ayew said, as reported by his club’s official website.

West Ham United begin their campaign with a trip to Manchester United on Sunday before journeying to Southampton and Newcastle United.

Slaven Bilic's men will only return home on their fourth fixture to take on Premier League new boys Huddersfied Town on September 11.