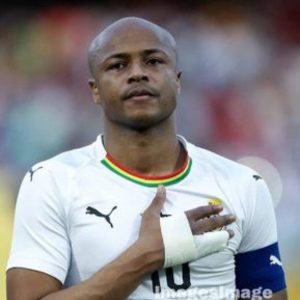 Captain of the Black Stars, Andre Ayew has strongly rejected claims that the team has failed to excel in recent years.

According to the Swansea City ace, the team has done what others have failed to achieve by consistently qualifying for major tournaments.

Ayew insisted that Ghana’s successive World Cup and Africa Cup of Nations (AFCON) qualifications as proof that the Black Stars are doing well.

“It’s not true that the Black Stars haven’t done well all these years,” Ayew told the media after the Black Stars’ training at the Accra sports stadium on Monday.

“Ghana has done well; World Cups, African Cup [qualifications] – we have done what other teams haven’t done. It’s just that we were not lucky to bring the trophy home in all these finals and semi-finals.”

He, however, admitted that the support for the Black Stars has waned in recent years.

Ayew believes Ghanaians still love the team but concedes that their inability to win a trophy has become frustrating to the fans.

The Black Stars are set to take on South Africa on Thursday in the 2021 Africa Cup of Nations (AFCON) qualifying.

The team will then travel to face Sao Tome and Principe in the second group game on Monday.