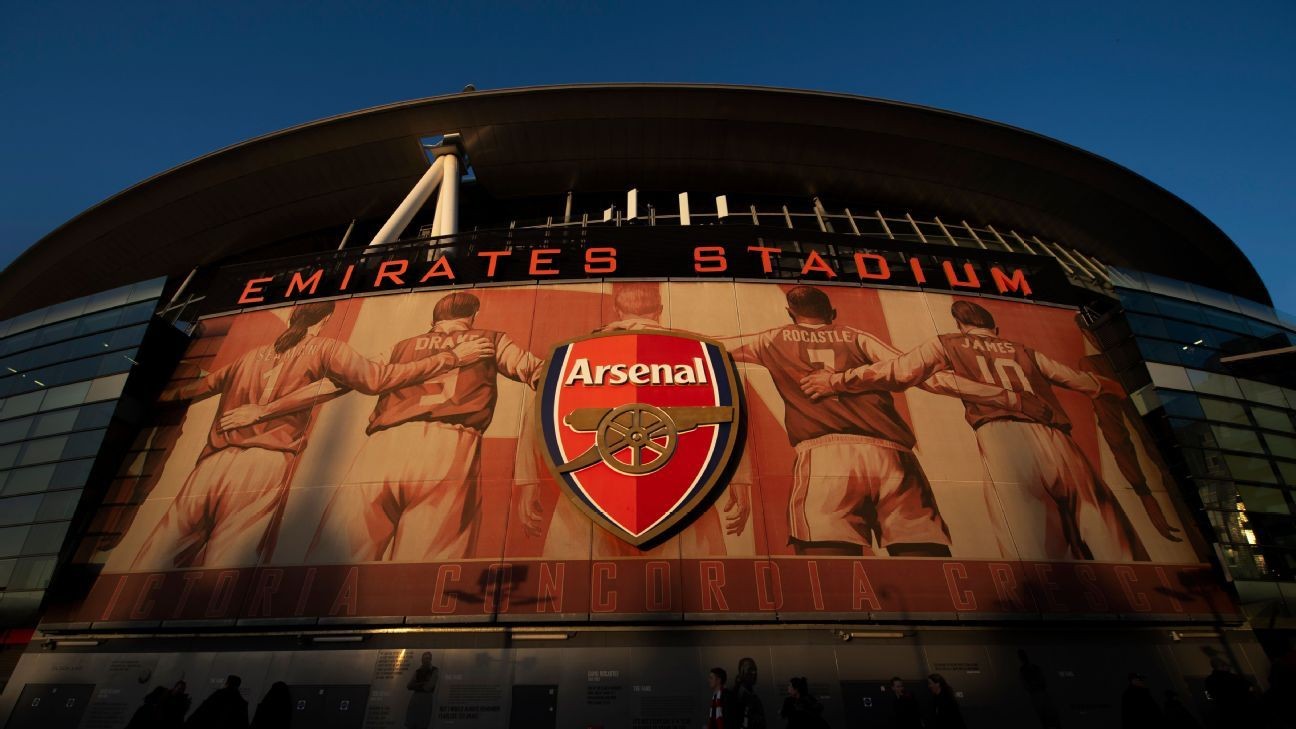 Arsenal will axe 55 jobs after admitting the impact of the coronavirus pandemic is worse than initially feared, the club announced on Wednesday.

It is unclear at this stage which departments will be affected but Arsenal informed staff of the redundancies on Wednesday morning shortly before head of football Raul Sanllehi and manager director Vinai Venkatesham released a joint statement on the club website.

- Don't have ESPN? Get instant access
- Insider Notebook: Ole wants Sancho ASAP
- What did you miss? The latest from Europe's top leagues

"It is now clear that we will be facing more significant and longer-lasting reductions in our revenue than we all hoped," it read. "Current indications are that we will not have fans back at Emirates Stadium for the start of next season and fans will only be able to return in limited numbers after that. The global economic projections are also very negative.

"This will impact the disposable income of our fans, the money corporate clients have to spend on hospitality and sponsorship, and the ability for broadcasters to invest in TV rights.

"We all hope there will be no 'second wave' but we also need to accept that is one of the many uncertainties ahead of us and plan accordingly.

"Over recent years we have consistently invested in additional staff to take the club forward but with the expected reduction of income in mind, it is now clear that we must reduce our costs further to ensure we are operating in a sustainable and responsible way, and to enable us to continue to invest in the team.

"Our aim has been to protect the jobs and base salaries of our people for as long as we possibly can. Unfortunately, we have now come to the point where we are proposing 55 redundancies.

"We do not make these proposals lightly and have looked at every aspect of the club and our expenditure before reaching this point. We are now entering the required 30-day consultation period on these proposals."

Arsenal's self-sustainable business model relies heavily on matchday income from Emirates Stadium and the ongoing absence of supporters -- in addition to the cancellation of concerts and other non-football events -- has hit the club particularly hard.

Test events were due to take place at the beginning of the month to trial fans returning to stadiums across a variety of sports throughout the United Kingdom but that trial was pushed back by the British government amid fears of a spike in coronavirus cases.

Arsenal became the first Premier League team to agree a pay cut with their first-team squad -- 12.5% over 12 months, although that was reduced by 7.5% after the Gunners qualified for the Europa League by winning the FA Cup.

The club also terminated the contracts of around 10 members of their scouting network at the end of May, many of who worked on identifying youth team and academy players.

The statement continued: "These proposed changes are ultimately about ensuring we take this great football club forward, creating the right organisation for a post-Covid world, and ensuring we have the resources to return to competing effectively at the top of the game here and in Europe."