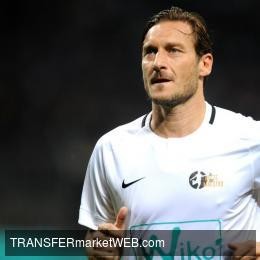 Francesco Totti has lamented that Juventus will run away with the Serie A title this year, leaving sides like Roma, Napoli and Inter simply to compete for second.

“Juventus are in a championship of their own, there’s no competition,” he told Roma Radio. “But all the other major championships have had difficulties. It’s been a long time since Roma won a title, but other teams aren’t doing it either: only Juventus wins. We’re all in the same position. Roma have to try to finish between second and fourth, and qualify from the group stage of the Champions League. We have to stay united and compact.”