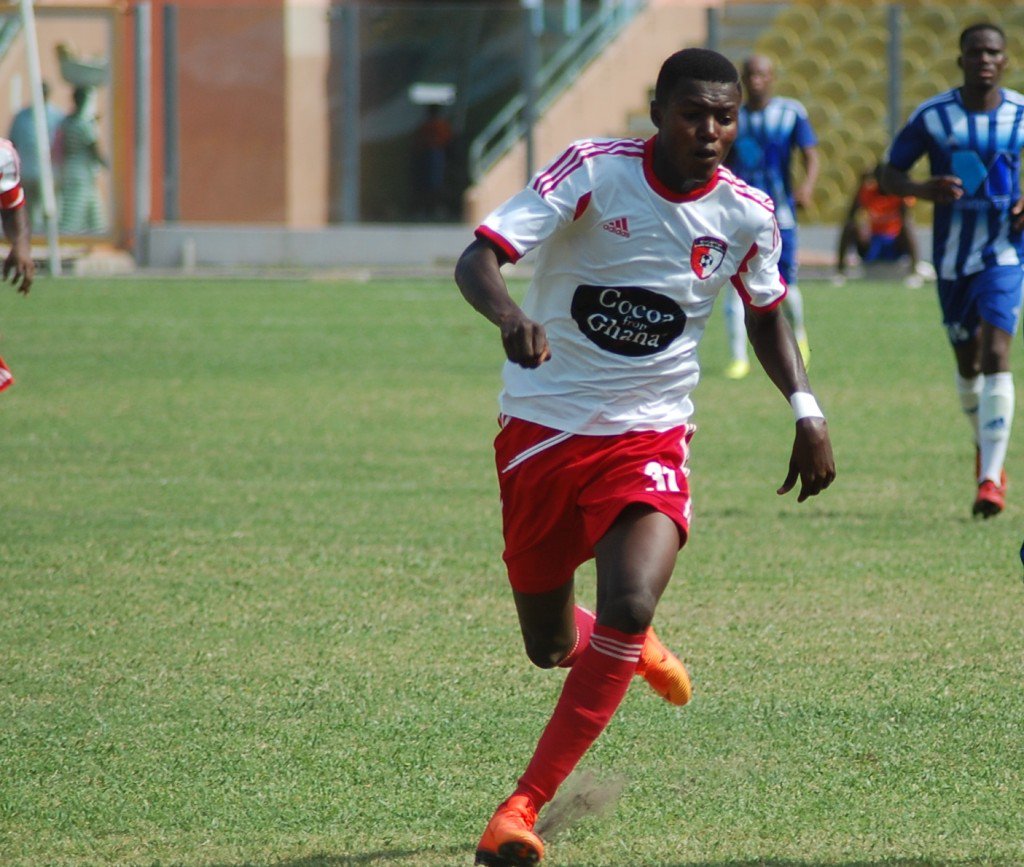 Ghana Premier League giants Asante Kotoko have expressed interest in acquiring the services of WAFA prodigy Richard Danso in the on-going transfer window, according to reports.

Danso is on the radar of several clubs in the Premier League following their impressive display for the Sogakope based side.

The 19-year-old is top on coach Maxwell Konadu wish-list as he seeks to boost his attacking options ahead of the second round of the 2019/20 Ghana Premier League.

The former U-17 striker joined Tunisian giants Etoile Sportive Du Sahel before making a switch to North Texas in the USL League One, a third division of American soccer.

He featured for WAFA in their 2-1 away win over Berekum Chelsea at the Golden City Park in match week 15 of the Ghana Premier League.

The Football Association says it will continue to engage the relevant institutions on this matter and update its members and all stakeholders of any changes.