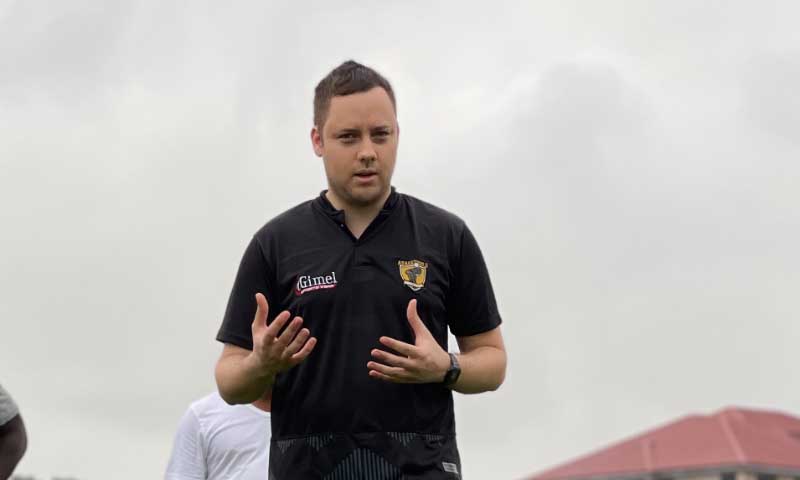 The management of Ashanti Gold SC have released a statement to confirm that head coach Romain Folz is no longer with the club.

The Obuasi-based outfit in March announced that they have appointed the French tactician as their new head coach.

After just one month where he impressed with the Miners in the 2020/2021 Ghana Premier League season, information on Tuesday indicated that coach Romain Folz has left his role.

In a press statement on Wednesday, Ashanti Gold SC have confirmed the exit of the French tactician while revealing that the gaffer requested contract termination.

“Head Coach Romain Folz and Goalkeepers Coach Alejandro Manu Rodriguez have officially requested for a mutual termination of their contract agreements with the club.

“Management would explore all available options in relation to their contractual situations and decide on the next line of action,” a club statement from Ashanti Gold SC has said.

In the interim, assistant coach Thomas Duah will be leading Ashanti Gold SC into their next match in the Ghana Premier League. 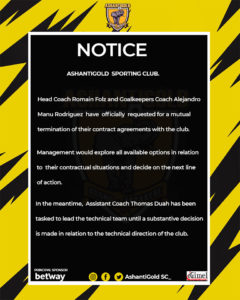