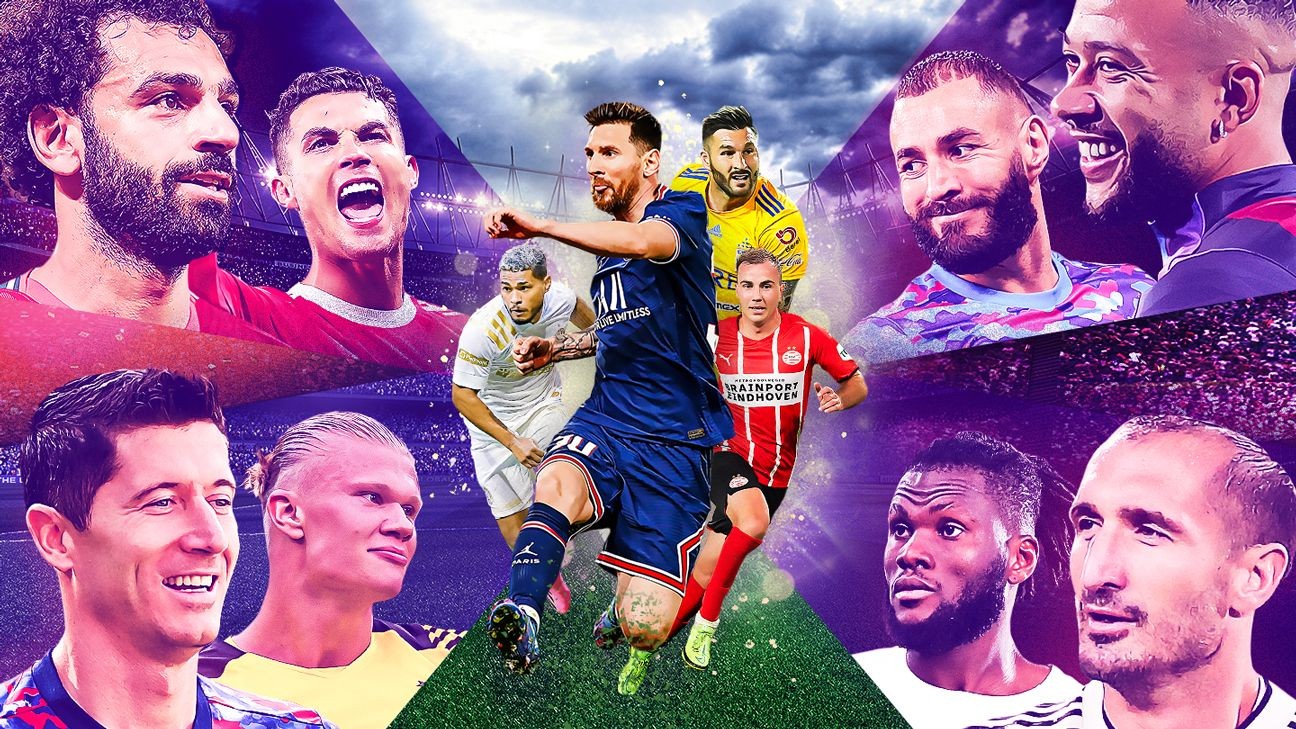 It's finally here! ESPN's Battle of the Leagues, presented by EA Sports FIFA 22, began with eight teams, all-star selections representing some of the best leagues in the world, and we're down to the final two. The French Ligue 1, defending champions from 2020 and wonderfully coached by Julien Laurens, take on Mark Ogden and the English Premier League.

Not only are these the homes of two of the greatest players ever -- with Lionel Messi joining Paris Saint-Germain and Cristiano Ronaldo returning to Manchester United -- but these two have unfinished business as Ligue 1 eliminated the Premier League in the semifinals of last season's competition. Revenge is in the air, folks. But will Mark Ogden get it?

They fought, battled and scrapped their way through the competition, defeating all that stood in their way, and it all comes down to this. Who walks away victorious and with the honor of being 2021's grand champions?

You can catch up on the tournament rules and format here, then check out below to see the team selections, tactics and prematch chat before watching highlights of the matches and managers' real-time reactions.

ROUTE TO THE FINAL

The defending champions have been worthy of that status in this season's tournament, marching imperiously back into the final. After wins in their first two Group A matches against LaLiga and Major League Soccer, both by two-goal margins, Coach Laurens was able to rotate his squad for the match against the Bundesliga safe in the knowledge that his team had already qualified for the semifinals as group winners. A 1-0 win over Serie A, courtesy of Wissam Ben Yedder's third goal of the tournament, was enough for Ligue 1 to keep their bid for a second straight title alive.

Premier League coach Ogden boasted before the tournament that his squad had the greatest depth of attacking talent, and so they have proved in their high-scoring run to the final. His team won a six-goal thriller against Serie A in their Group B opener, and despite a shock defeat to the Eredivisie, a Harry Kane hat trick sealed a victory over Liga MX and progress into the last four on goal difference at the top of a very tight group. A wild semifinal win over the Bundesliga featured three missed penalties, but Kane scored his spot kick for his sixth of the tournament to help set up a final against Ligue 1.

"Here we go. This is the final of the Battle of the Leagues and the only game that matters. We have the experience from last year, where we beat the Bundesliga to lift the trophy. This time, it's a very different opposition.

"The Premier League is not a team, it's a sum of individuals. Their manager, Mark Ogden, is useless but has got very lucky so far to have some of his big stars bail him out so many times with individual brilliance. To beat them, we need to take the game away from them, keep the ball, play quickly forward and with intensity so they can't have their stars shining.

"I'm really confident that we can deliver and bring the cup back to Ligue 1 for the second year running. Retaining our title was our objective. For this game, I will keep the same starting XI as against Serie A in the semifinals with Kylian Mbappe starting ahead of Lionel Messi up front alongside Neymar and Wissam Ben Yedder. Mbappe was great against Serie A, and he will hurt the Premier League defence. The 4-3-3 formation has worked great for me, so I will keep it one more time. Allez!"

"I've decided to stick with the 4-2-3-1 formation as a result of the match-winning performances by [N'Golo] Kante and [Kalvin] Phillips in the semifinal against the Bundesliga. Both offered protection in front of the defence, but also provided a springboard for attacks further forward.

"With Ronaldo still recovering from injury, the best he can do is a place on the bench, but I still have [Harry] Kane, [Mohamed] Salah and [Kevin] De Bruyne to score the goals. And by starting Kai Havertz, I have gone for a bit of the X factor, with the German midfielder showing in last season's (real) Champions League final that he can be a big player on the big occasion."

Julien Laurens' excitement overflows as Neymar puts Ligue 1 ahead vs. the Premier League in the Battle of the Leagues final.

Harry Kane scores late for the Premier League to make it 1-1 vs. Ligue 1 just moments after Bruno Fernandes missed a penalty.

play1:26Messi has a 'shocker' in Battle of the Leagues final

Julien Laurens can't hide his frustration as Lionel Messi continually messes up in Ligue 1's final vs. the Premier League.

"A pretty unexpected win, actually. I thought I'd be the last person to win it given my experience as a gamer, but obviously the Premier League squad made it easier for me to race through the tournament and win. I had a few ups and downs, lost a group stage game but you know, end of the day, a last-minute winner in extra time is the best way to win, isn't it?

"I think [the doubters] feel pretty humble now, don't they, now that I've won the tournament? I'm the quiet man of this competition, and I let my actions speak for me, I let my team speak for me... none of this nonsense that I was getting from Juls from start to finish. It was like managing against Jose Mourinho at times, a little bit too much noise, but it's all about winning isn't it? It's all about getting it done on the pitch, or getting it done on the screen, and that's what we did."

"I'm very disappointed to lose in that way against a team that showed nothing, really, from start to finish. They were very lucky to score in added time [at the end of the 90 minutes] and then again at the end of extra time. Beyond that, I thought we were the better team by far. Mendy made some incredible saves to keep them in the game, and that's football. But I'm really proud of the boys, the way we played after winning it last year to reach the final again, it was a great experience, especially for the younger players, and we go again next year.

"We all know the only reason the Premier League won this tournament is because of the quality they've got on the pitch, the players, the depth of the talent -- nothing to do with the manager. He sat in the dugout [the entire time] and I think my mother would have won with that team, let alone Ogden. We all know Ogden's story, really, and it's because he needs help that he's still in the job. Well done to Harry Kane, because that goal really was the difference there."