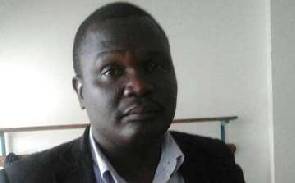 Assistant Coach of Bechem United Solomon has praised his side after beating Guan United in the MTN FA Cup but was concerned with their goal scoring potency.

Bechem United United beat Guan United 1-0 to progress to the round 16 of the MTN FA Cup.

Yaw Aboatsi’s first half goal was enough to see the Hunters progress after missing numerous chances.

“Fantastic! What was important was for us to win, it is a knock out competition and as you know we are the defending champions. We work so hard this week so that we make sure we handle every match well, we created chances we missed,” Solomon Odwo said after the game.

The Holders of the FA Cup are looking at defending the title so they can make it to the CAF Confederations cup again.

The league however returns this weekend with Bechem travelling to play Aduana Stars.