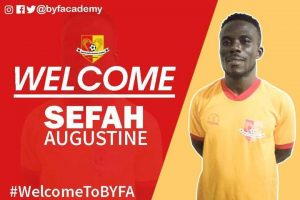 Division One side Bekwai Youth Football Academy has officially announced the signing of defender Augustine Sefah.

The 29-year-old has signed a two-year contract that expires in 2023.

The experienced player has been registered and will likely feature against Achiken FC at Gyamfi Park.