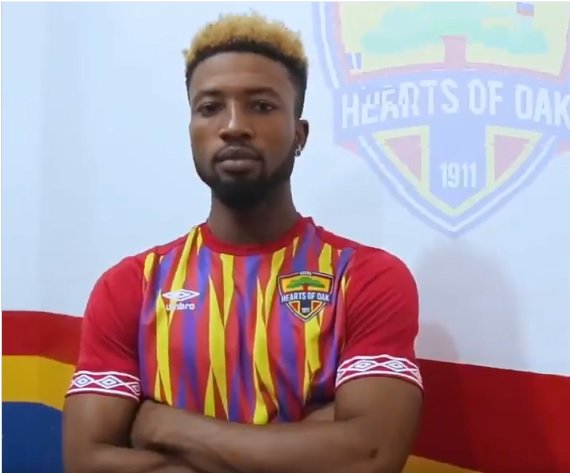 Outgoing Hearts of Oak winger, Bernard Arthur has made it his personal goal to save Great Olympics from relegation once his imminent transfer to the club is completed.

The player after becoming surplus to requirement at Hearts of Oak is in advanced talks with Olympics and should wrap up his move before this week ends.

In an interview with Kumasi FM, the former Liberty Professionals man says he will help Olympics avoid the drop at the end of the 2019/2020 Ghana Premier League season.

“It’s 80% done that I’m going to Olympics. I will help them escape relegation, it is something I have done before and I’m confident in achieving that goal”.

Opening up on why he is leaving Hearts of Oak, Bernard Arthur said, “It isn’t Hearts of Oak that want to transfer me, I handed in the request. I feel I need to leave Hearts of Oak and have enough playing time elsewhere because I can’t be playing 10-15minutes”.