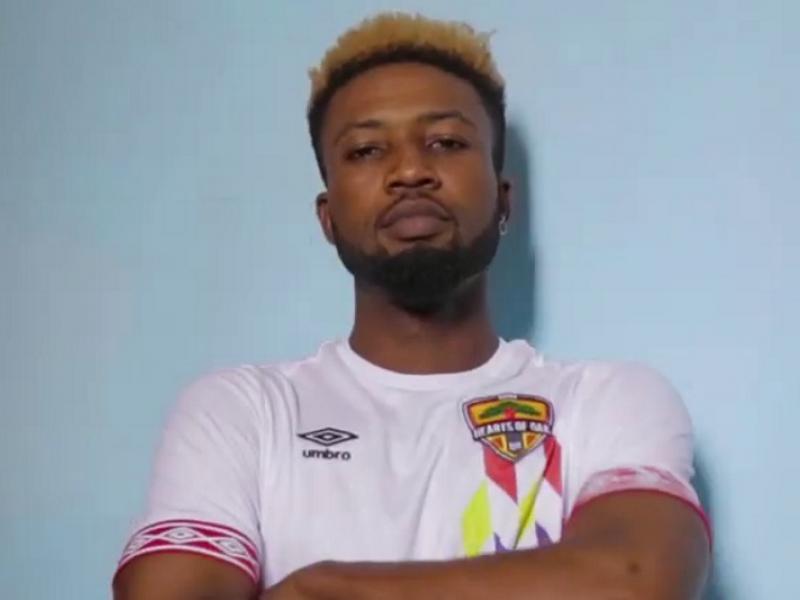 Bernard Arthur has opened up on his imminent Hearts of Oak departure in the on-going transfer window.

Arthur, who joined the Phobians from Liberty Professionals in 2019 when Kim Grant was the head coach for the side has handed in a transfer request to leave the club to seek a new challenge elsewhere.

Since the departure of the former Ghana international, the forward looks to have become surplus to requirements and has struggled for playing time in the 2019/20 Ghana Premier League season.

He has made only four appearances and scored once for the club this term.

Speaking in an interview, the former Liberty Professionals star says playing 10-15 minutes is disrespect and wants to leave the club to have enough playing time elsewhere.

"It isn’t Hearts of Oak that want to transfer me, I handed in the request. I feel I need to leave Hearts of Oak and have enough playing time elsewhere because I can’t be playing 10-15 minutes," he said.

"I think it’s a disrespect. I’m a whole brand of myself who people look up to in the coastal areas and Dansoman.

"People keep asking why I’m on the bench but let me emphasize that being on the Hearts bench has nothing to do with performance,

He added, "No matter who you are as a player, you will be rusty if you are always on the bench."

"I’m a player who likes challenges. I came to Hearts of Oak because of Kim Grant. Everything backslided when he left and it turned into frustrations."

On his imminent move to Great Olympics he said, "It’s 80% done that I’m going to Olympics. I will help them escape relegation, it is something I have done before and I’m confident in achieving that goal."