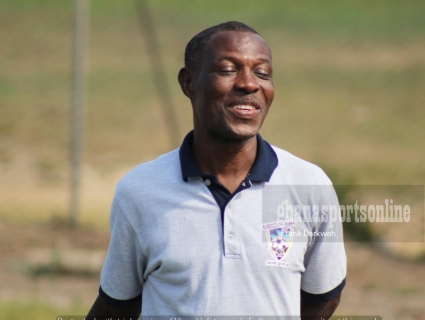 Head Coach of the female U-17 team, the Black Maidens, Evan Adotey has praised his players after qualifying for the World Cup in Uruguay later this year.

The Black Maidens beat Djibouti 10-0, to record a 19-0 aggregate score line over their opponents.

The team will now be making another appearance at the World Cup and Coach Evans Adotey praised his players insisting "he is proud of the girls."

“Qualification was our target,” he said after the game. “We also look at the goals we scored, 19 goals against Djibouti, scoring 9 away, we always thought of scoring more at home, probably double the 9 but I’m happy we added one,” he added.

“I am proud of the girls, they have done really well.”

Coach Evans Adotey refuted claims the Djibouti side were a poor side but rather credited his girls for scoring a lot of goals.

“They are not poor, we are just better than them,” he said.

“Sometimes you meet some opponents that are very poor but can’t score a lot of goals but my girls did. They played according to instructions, they did not rush and played tactically well,” he added.

“Djibouti aren’t a less fancied side, they are an up and coming side, they did their best but the credit should go to my girls.”

The Black Maidens last reach the quarter finals of the competition two years ago in Jordan and they remain the only female team to pick a medal at the FIFA World Cup, in Azerbaijan 2012.