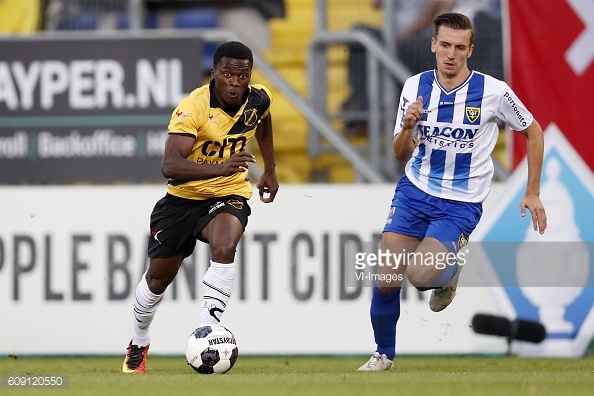 Black Stars new boy Thomas Agyepong was instrumental for his club side NAC Breda as they secured a vital 1-0 win over NEC Nijmegen in the Dutch Eredivisie promotion playoffs.

Agyapong who is on loan at NAC Breda from English Premier League side, Manchester City made incisive passes and assisted the only goal of the game.

He has made 27 appearances this season and scored twice.

The 20-year-old has been named on Coach Kwasi Appiah's 30-man squad for Ghana’s upcoming 2019 African Cup of Nations qualifying match against Ethiopia and the two international friendly matches against USA and Mexico.