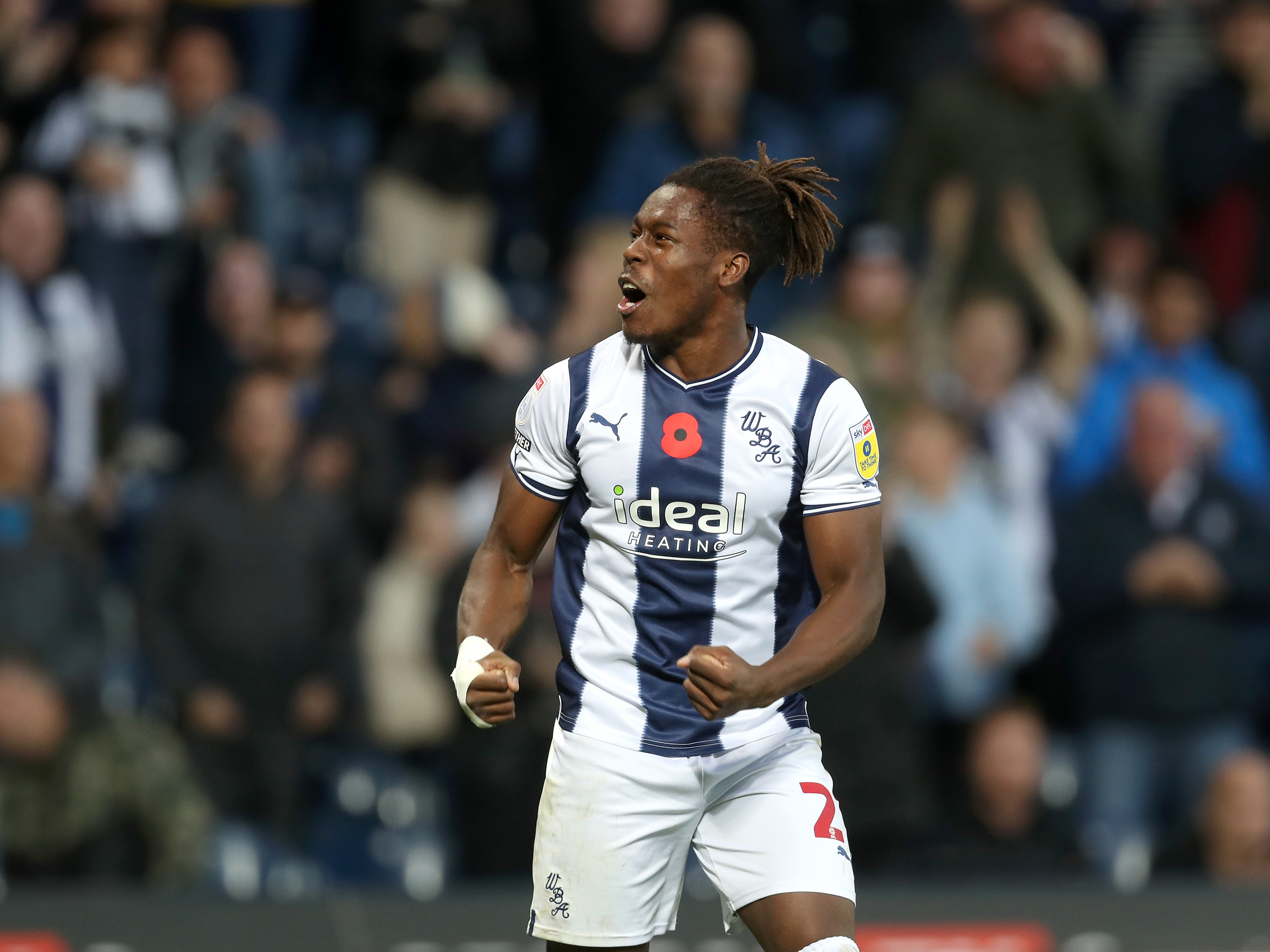 English-born Ghanaian forward Brandon Thomas-Asante has expressed his excitement after scoring in West Bromwich Albion's 2-0 win against Stoke City at The Hawthorns on Saturday.

The 23-year-old put up an impressive display to help the Baggies cruise to a comfortable victory and climb out of the relegation zone and into 21st place in the table, above Wigan on goal difference.

Bartley opened the scoring for West Brom in the 39th minute before Thomas-Asante sealed the win for Albion with a spectacular overhead kick to earn Carlos Corberan's side all three points.

“I’ve actually been having a few conversations with my friends, like Grady (Diangana), Daryl (Dike) and my family, just about trying to get to the point where I can express myself more and play how I like to play." he told WBA TV.

“I’m happy that I got a moment in, or a few moments in today, that show what I like to do.

“I couldn’t even explain it (the goal), to be fair. It’s an instinct. Sometimes I might stop myself from doing it, but I think the more and more as a player you can free yourself up, you can really enjoy it. But thanks to God because I just felt like it was from him.

“The reaction, the way the stadium was, and the fans today – it was incredible. I’m just happy that I could put smiles on faces and pay back a bit of the support that I’ve had.

“Everyone’s just been so supportive and that’s all you can ask for as a player. For all the time that I’m here I just want to continue to repay that.

“There’s a lot of work that goes on behind the scenes which is credit to the manager and the boys to set the standards throughout the week. It’s not today that we come and snatch a lucky one. It takes a lot of preparation.

“I feel like the boys definitely deserved it, and I’m really enjoying playing in the team. There’s a lot of quality but a lot of hard work as well. I think that will put us in a good position.

“I know we had a tough start to the season for whatever reason. But with this mentality now, we can see what the next half of the season brings.

“Since the manager has come in, it’s been a tee-up period for the rest of the season. Obviously we’re not where we want to be, still. Our eyes are set on higher places. But for now, it’s really allowed us to be like a new animal come the restart of the season.

“We really want to go and repay all the support, because when results aren’t going how we like, I feel like there’s a lot of empathy from the fans.

“We’re so grateful that they continue to support. And hopefully we can repay that now.”

Thomas-Asante has scored three goals in 12 appearances in the English Championship for West Brom Albion.