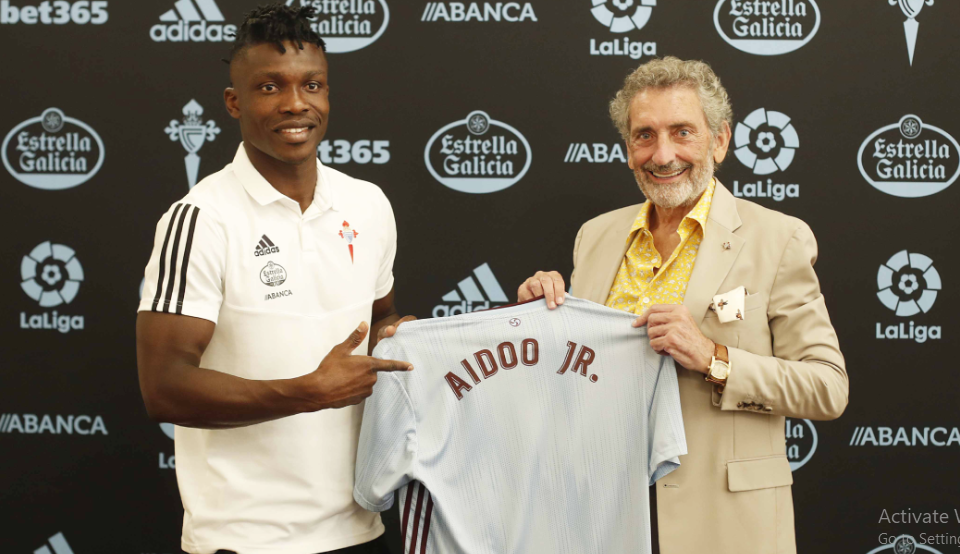 The enterprising centre-back joined the Spanish side from KRC Genk from the Belgian league and penned down a five-year deal after passing his mandatory medicals.

The former Inter Allies defender arrives at the RC Celta after two seasons at a great level in the Genk, team with which he won the last Belgian league.

In addition, it accumulates half a dozen games in European competitions.

Aidoo made debut for the Black Stars in March and was named in Kwesi Appiah's 2019 Africa Cup of Nations in Egypt.

He featured against Guinea Bissau in Ghana's final group game at the Suez Stadium.

The celestial defender will officially be presented to the supporters of the club on Friday, July 11 at 7:00 pm at Abanca Balaídos.

Aidoo will sign autographs to the fans on the pitch.