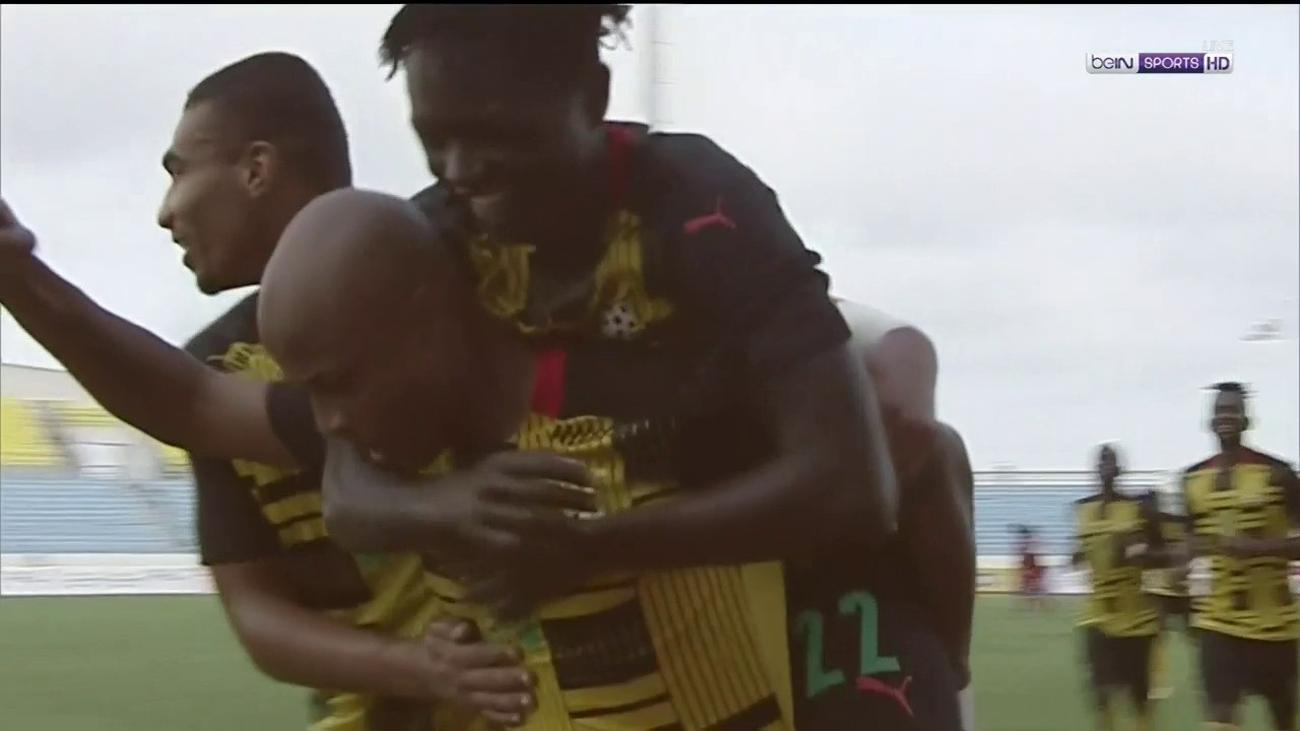 Ghana captain Andre Ayew has seen his second goal against Sudan on Matchday 3 of the qualifiers to the next AFCON tournament being shortlisted by CAF amongst the best goals scored in the international break.

Last Thursday, the Swansea City star was in action for the Black Stars when the team hosted their counterpart from Sudan at the Cape Coast Stadium in a 2021 AFCON qualifier.

On the matchday, Andre Ayew scored a brace with the first being a sumptuous free-kick to give Ghana the lead.

Later in the second half, the former U-20 World Cup winner scored with a thunderbolt strike from outside the Sudan area after he was assisted by Emmanuel Lomotey.

At the end of the Matchday 3 and 4 of the 2021 AFCON qualifiers, Ayew’s second goal has been shortlisted for the best goal.

In a poll on the Twitter page of CAF, the strike is up against goals from Riyad Mahrez, Knowledge Musona, and Ibrahim Amada.

Check out the goals below:

Some outstanding goals from the past two matchdays, which of these four is the greatest? 👇 @Mahrez22 | @AyewAndre | @KMusonaofficial | #TotalAFCONQ2021