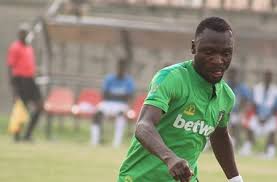 Bright Adjei, one of the strikers of Aduana Stars, noted that the cancellation of the Ghana Premier League is a blow for himself and his teammates at the club.

The Ghana Football Association announced that annulment of the 2019/20 season due to the coronavirus after an Executive council meeting on Tuesday.

The governing football body decided that no teams will be relegated. They also named AshantiGold and Asante Kotoko as representatives for the continental competitions.

Aduana Stars were on top of the table with 28 points before the competition was cancelled and Adjei has revealed how disappointed he felt about the decision.

"Looking at the performance of we Aduana Stars players it clearly shows that we were ready to do something for the club," he told Alpha radio

"The FA deciding to cancel the league is a worry to us because we wanted to win the league and represent Ghana in Africa championships League . So hearing the news was bad."