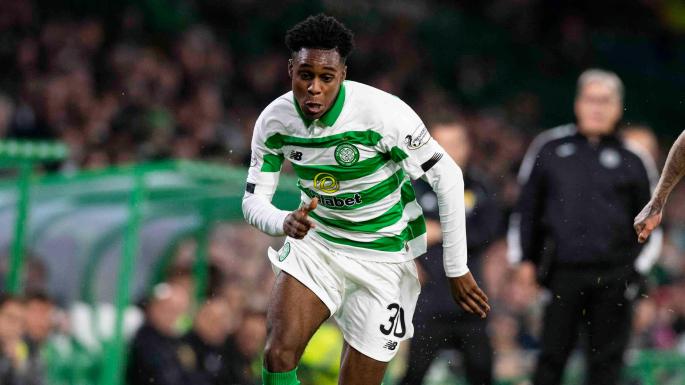 Dutch-born Ghanaian international, Jeremie Frimpong has shared that he is hoping there will not be any incident of racism when Celtic lock horns with Lazio at in the Europa League on Thursday night.

His comment come on the back of growing racial abuse being meted out to black players as well as his personal encounter with the stinking action when he was a youngster at Manchester City.

The teenager moved from Holland to England at a young age where he joined the Academy side of the Citizens.

During a youth tournament in Italy, he opines that he was at the receiving end of racial abuse as a ten-year-old boy.

Following the closure of the infamous ‘Curva Nord’ section of the Stadio Olympico after a racism incident during the Lazio’s last Europa League game, Jeremie Frimpong is hoping nothing of that sought will happen tomorrow when Celtic hosts them at the Celtic Park.

The 18-year old is in line to start for his side in that crucial matchday 3 encounter in Group E of the 2019/2020 Europa League campaign.