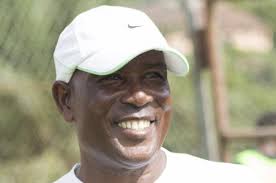 Black Starlets head coach Karim Zito has heaped praise on the management team of the national U-15 for discovering talent in the country.

The Dreams FC Technical Director was also delighted with the massive talent turn up at the Ghanaman Soccer School of Excellence at Prampram, where the second phase of the screening process is ongoing.

"There has been some massive talents turn up and I must commend Mr Anim Addo and his team for such a great work done.

"I am over joyed and impressed with the quality of talents that I have witnessed so far and it is my hope that we as a nation can harness and groom these talents for the future of Ghana football," Karim Zito spoke to Omansports when the team visited the U-15 team in Prampram.

Ghana is scheduled to participate in the WAFU U-15 tournament early next year.