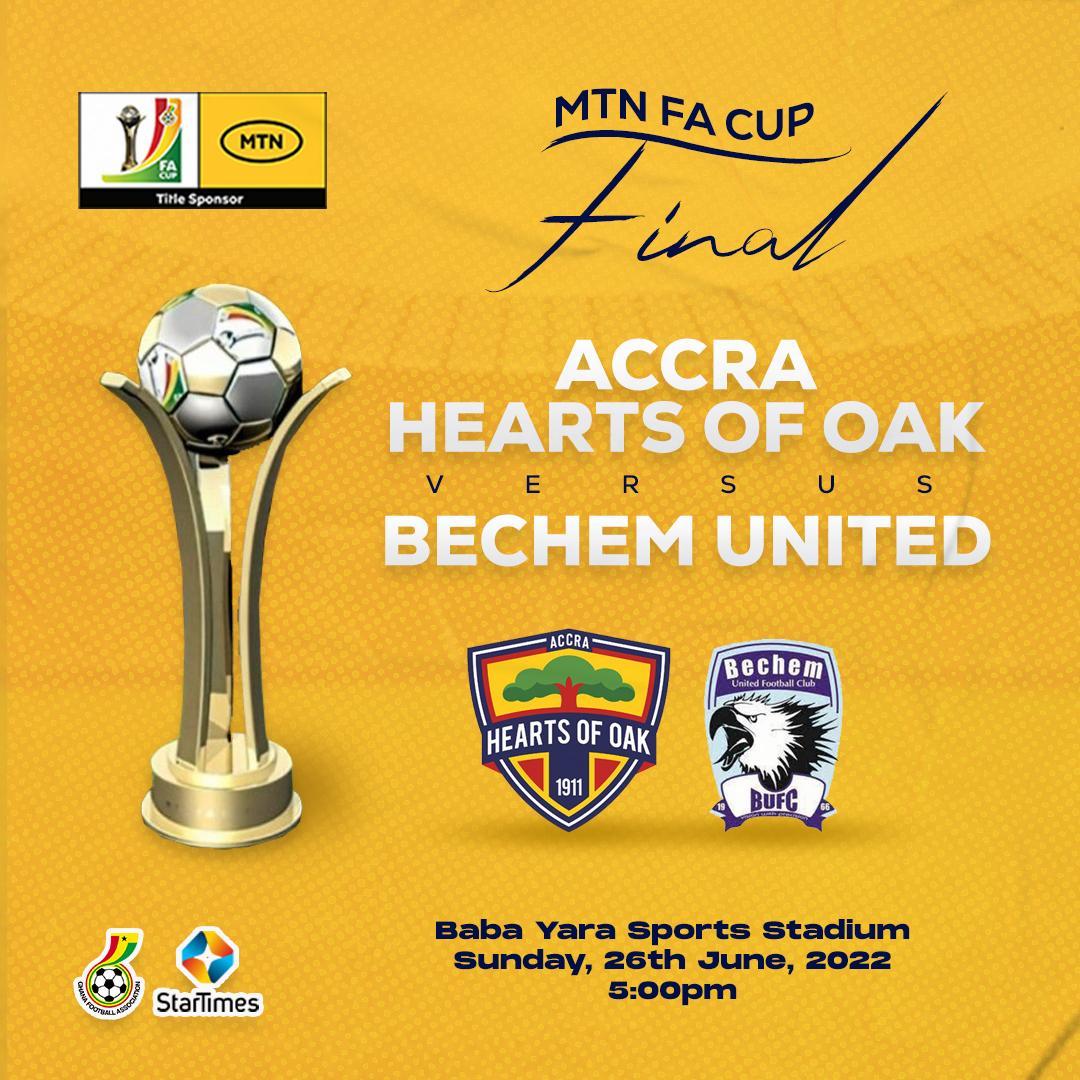 Hearts of Oka head coach Samuel Boadu has named his first eleven for the final against Bechem United in this season’s MTN FA Cup competition.

Despite struggling in the Ghana Premier League throughout the 2021/22 football season, the Phobians still managed to make the finals of the domestic cup competition.

The trophy is one the two the Ghanaian giants won last season when the team finished the football season with a double.

Now in the final, Hearts of Oak are motivated to clinch the trophy to compensate fans for the disappointment of losing out on this Ghana Premier League trophy.

Ahead of the kickoff to the MTN FA Cup final, underfire coach Samuel Boadu has named his starting eleven to do battle for the capital-based club.

The gaffer has named goalkeeper Richmond Ayi as his preferred shot-stopper for this evening with a back four that includes top defender Mohammed Alhassan.

In the absence of the injured Sulley Muntari, Gladson Awako is starting in midfield and will be expected to link up play with attackers Daniel Afriyie Barnieh and Suraj Seidu.

Below is the Hearts of Oak first eleven for the MTN FA Cup final against Bechem United. 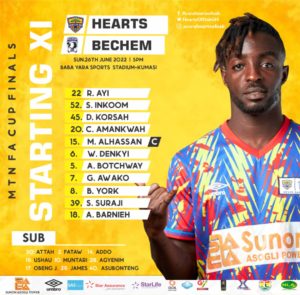