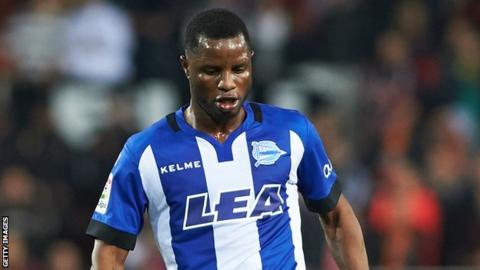 He underwent surgery on Tuesday to have the fracture corrected and subsequently trained on his own on Thursday.

After monitoring his progress in the last 48 hours, the medical team of Alaves has advised that he sits out of the game.

In a pre-match interview to the game, Manager Asier Garitano shared, “Wakaso and Rodrigo Elyque are out of the group. The others are fine”.

He continued, “To date they had been played by all but one who was sanctioned. Another player will have the opportunity to play, but the most important thing is the team and the block, keep the line and the trajectory that we were maintaining at home against an opponent who is doing things right.”

Besides missing Alaves’ game against Valladolid, Mubarak Wakaso is also set to miss Ghana’s 2021 CAF Africa Cup of Nations qualifiers against South Africa as well as São Tomé and Principé.