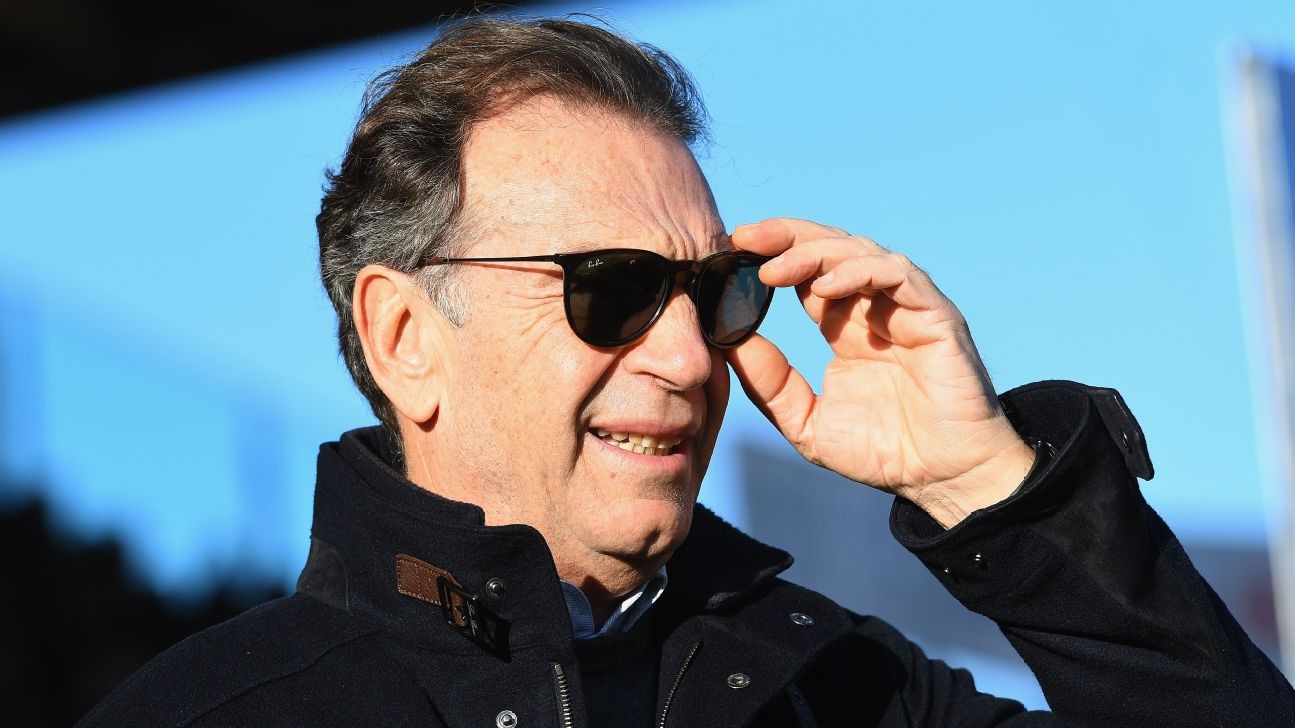 Zlatan Ibrahimovic launches a fundraiser to "kick coronavirus away" in typical Zlatan fashion.

Wembley Stadium displays blue lights on its arch to support for NHS workers during the coronavirus outbreak.

Brescia president Massimo Cellino has said the Serie A season should be cancelled and referred to the coronavirus as a "plague."

Italy Prime Minister Giuseppe Conte halted all sports in the country at the start of March, including Serie A, until April 3 due to the outbreak.

Second-placed Lazio, who are one point behind leaders Juventus, are reportedly unhappy about the suspension of the league but Brescia president Cellino said football should not be the priority in this climate.

"If Lazio want the Scudetto, let them have it," he told Corriere dello Sport. "This is the plague."

"Don't be daft, how can we resume the season? I am thinking of next term and only that. The Coppa Italia, the Scudetto... if [Lazio president] Claudio Lotito wants it, he can have it.

"He's convinced that his team is unbeatable, so let him keep that belief. How can we be sitting here talking about the Serie A title when we have a plague on our doorstep? I couldn't care less about football right now."

A source told ESPN that Juve players Gonzalo Higuain, Sami Khedira and Miralem Pjanic had all left Italy after being given permission by the club.

Italy's tally of coronavirus cases and deaths has continued to soar. As of Sunday, there were 793 confirmed dead and 6,557 cases. The country, the heart of western Europe's outbreak, now counts 53,578 known cases.

More than 60% of the latest deaths occurred in the northern region of Lombardy, whose hospitals have been reeling under a staggering case load that has left intensive care beds hard to find and respirators in dire supply. The new increases come nearly two weeks into a national lock-down in a desperate bid to contain the spread of the virus.