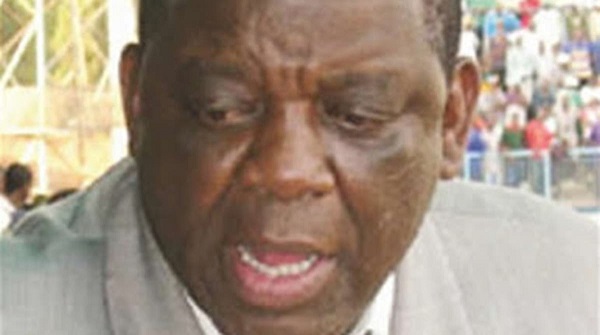 The football fraternity in Zimbabwe has been plunged into mourning following the death of prominent administrator reportedly because of coronavirus (COVID-19).

Chris Sambo, the former chief executive officer of the Premier Soccer League (PSL) died at a hospital in the capital, Harare, in the early hours of Thursday .

While the cause of death had not been provided, unconfirmed reports indicated he had succumbed to COVID-19.

There has been a sudden surge of the pandemic in the Southern African country lately despite the government earlier appearing to have the health situation under control.

Cases in Zimbabwe have breached 2 800 with 40 people confirmed dead.

Earlier this week, the virus also claimed the life of Perrence Shiri, a cabinet minister and former military general who played a part in the coup that toppled Robert Mugabe (now late) in 2017.

The Zimbabwe Football Association (ZIFA) and PSL on Thursday paid tribute to Sambo, who was at the helm of the latter in the mid and early 2000s.

“Mr Sambo was a passionate and dedicated football servant who gave a lot for the love of the game. As PSL CEO, he served the League with distinction,” the PSL stated.

During his tenure, he is credited with advocating for the full commercialisation of football and facilitated various competitions and sponsorship models for a league that has not been spared Zimbabwe’s economic problems.

“Football has lost a great servant who served the beautiful game with tenacity and distinction. May his gentle soul rest in eternal peace,” ZIFA stated.