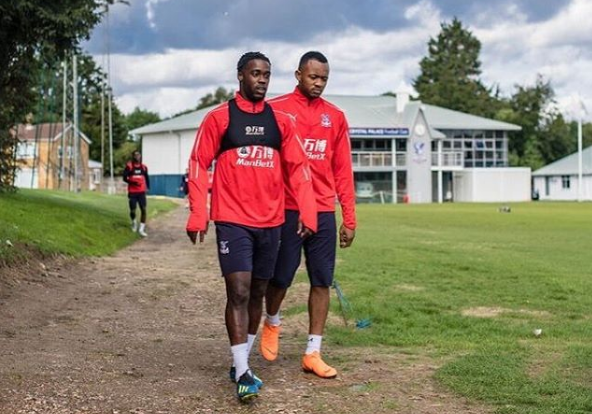 Crystal Palace will have to manage without Ghanaian duo Jordan Ayew and Jeffrey Schlupp in January 2022 if the two players make the Black Stars squad for the AFCON.

The continental showpiece was expected to be staged this year but had to be postponed to next year due to the global Coronavirus pandemic.

As widely feared, African players plying their trade in the English Premier League and other parts of the world will report to feature for their national teams when their services are needed.

With Jordan Ayew being one of the key players of the Black Stars and Jeffrey Schlupp getting back to top form, it is almost certain these two players will be called by Ghana head coach Milovan Rajevac for the upcoming assignment.

Once that happens, it will be a blow to the squad of Crystal Palace now being managed by manager Patrick Vieira.

The Frenchman must start to prepare without the two players for the period they are likely not to be available.

Next year’s AFCON will start in Cameroon on January 9 and run until February 6.