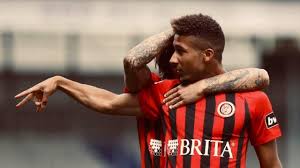 German-born Ghanaian midfielder Daniel Kofi Kyereh found the net but it was not enough as SV Wehen fell to a 3-2 home defeat against Dynamo Dresden in Bundesliga 2.

Dominik Franke turned the ball into his own net to give Dynamo Dresden the lead in the 9th minute.

The hosts were unfazed after the goal and got their equalizer 15 minutes after through Daniel Kyereh's powerful effort. Moritz Kuhn turned the game around for SV Wehen just one minute later.

It seemed as though Wehen would hold on to a victory but goals from Patrick Schmidt and Simon Makienok in the 44th and 89th minute respectively saw Dresden complete the comeback.

Daniel Kyereh played the entirety of the game for Wehen and Godsway Donyoh also featured for Dresden. Kyereh has scored seven goals in 26 appearances this season.