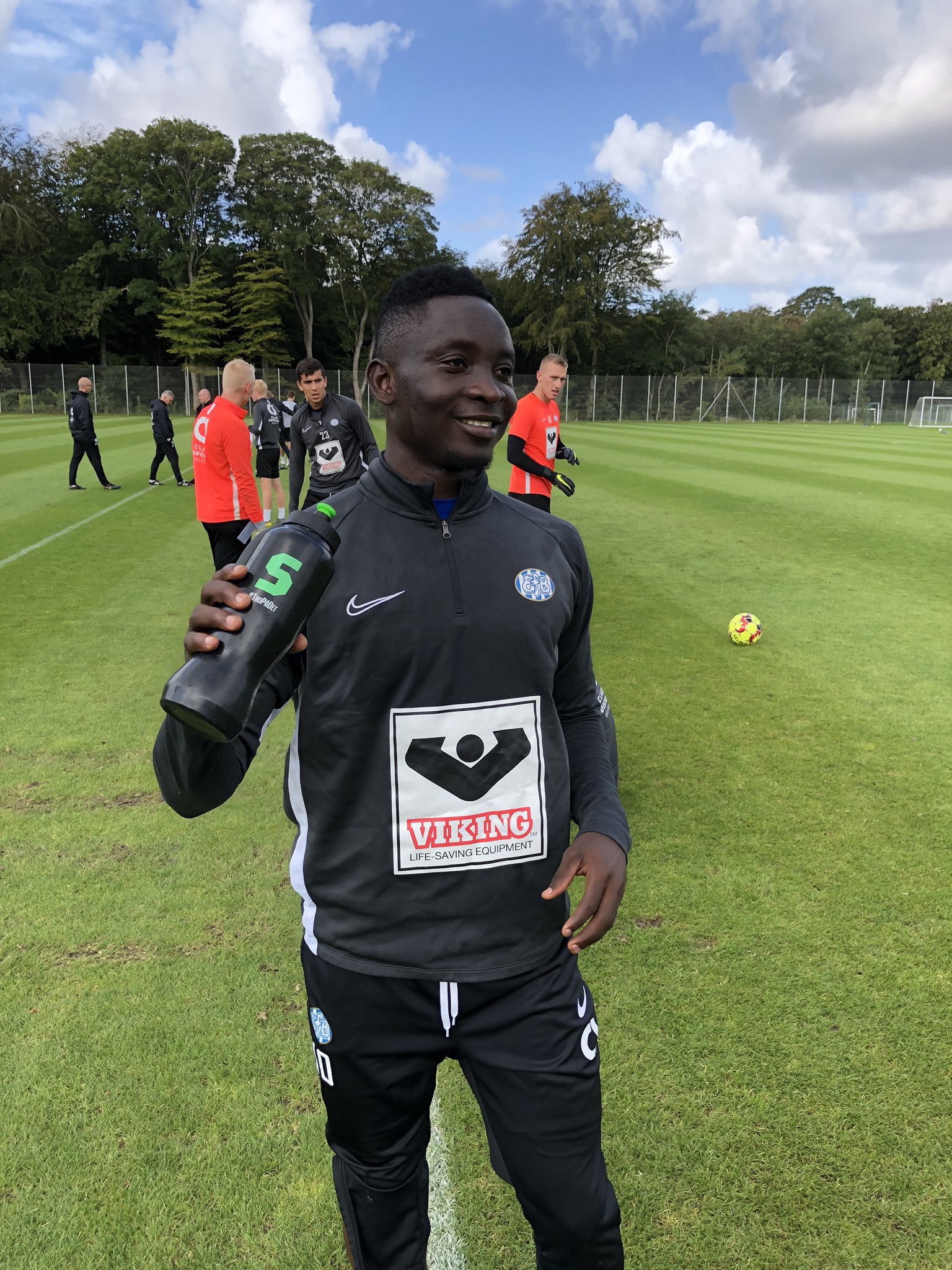 Dauda Mohammed has returned successfully to his Club Esbjerg FB after a national duty with the Black Meteors.

The striker joined his teammates as they prepare for this weekend’s League match against Randers FC in the Danish Super League.

Mohammed helped the Black Meteors to defeat Algeria 2-1 on aggregate to qualify for the Africa U23 Cup of Nations. It was a vital win away from home in the return encounter in Setif on Tuesday.