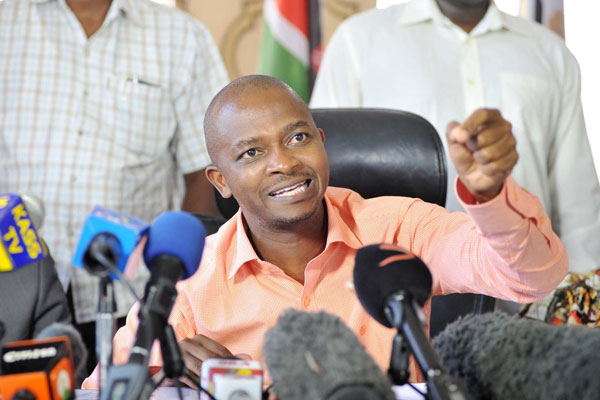 Nick Mwendwa, President for Football Kenya Federation (KFK) has disclosed that, decision to disqualify Sierra Leone from participating in 2019 Africa Cup of Nations was on bill during CAF extraordinary executive meeting, held in Ghana last Friday.

Speaking to the media over the weekend, FKF Boss said, they are waiting on Confederation of Africa Football (CAF) to release statement to that effect.However, his outfit Kenya is through to Cameron 2019 AFCON.

"One of the decisions made at the meeting was to remove Sierra Leone from the list of competitors in our group".

Should CAF decide to remove Sierra Leone from the qualifiers means the Black Stars of Ghana qualify to Cameron 2019 tournament with Kenya from Group F.Serving Black Stars to play in the 32nd edition of Africa Cup of Nations slated for June 15 to July 13, 2019.