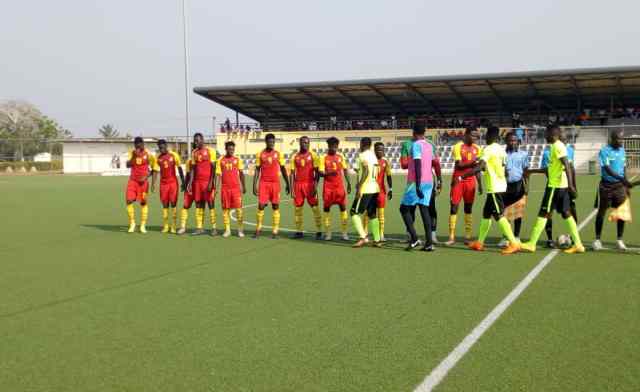 Dreams FC thrashed the Black Satellites 3-0 at the Sogakope Red Bull Arena in a friendly ahead of 2019 African Youth Championship.

The highly competitive match produced an entertaining first-half which failed to provide a goal despite the flurry of attacking players on either end.

The match was used as preparations by both clubs in their upcoming competitions.

Goals from Eli Keke, Michael Amoh and Richard Addai in the second-half gave the Dawu-based club the handsome win over Coach Jimmy Cobblah’s side.

The Ghana U-20 side are wrapping up their preparations for the upcoming U-20 Africa Cup of Nation to be staged in Niger next year.

The Black Satellites will next play Accra Hearts of Oak in a friendly at the Tema Sports Stadium as they wrap preparations.

Meanwhile, Dream FC will be playing in the GFA Normalisation Special Football League which commences in February.