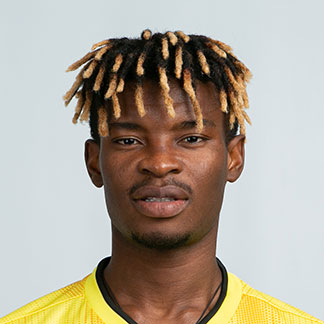 21-year-old Ghanaian footballer, Edmund Addo on Tuesday made his mark and presence felt in the 2021 UEFA Champions League when he put up an impressive performance for FC Sheriff to defeat Real Madrid 2-1 at their home, The Bernabeu in Spain.

Football fans of Chorkor and Korle Gonno who were against Real Madrid took to the streets after the match to celebrate the new idol.

The former Korle Gonno based rising star started his trade as a footballer at the Indafa Park with Mighty Cosmos Colts Club, then he was spotted by Attram de Visser who were not able to register him until he was seen by the ArthurLegacy Sports Limited who took him to Europe, and now he is a sensation in Moldova’s Sheriff Tiraspol.

Oliver Arthur, the man behind the move set up his own football agency and sports consultancy in 2014 after receiving his FIFA licence as an agent two years prior.

The agency provides end to end management of young gifted footballers and trains them for international clubs. By organizing trial tournaments, the agency has successfully placed young footballers in coveted clubs across Europe.

Addo is one of such players, and he is looking forward to hit the limelight and play for some of the popular and big clubs in Europe.