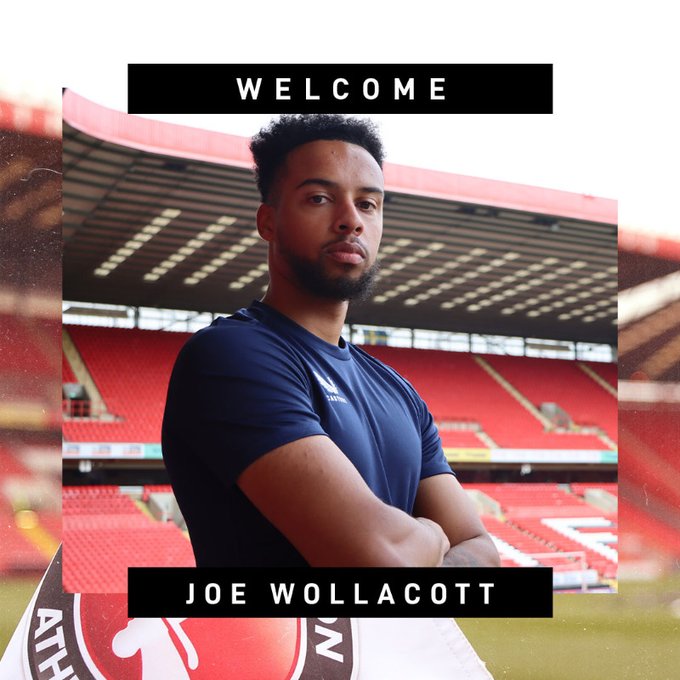 Ghana international, Joseph Wollacott has expressed his delight after completing a big move to English League One side Charlton Athletic.

The shot-stopper on Thursday, June 23, 2022, was officially unveiled by his new club.

“Charlton Athletic are delighted to confirm the signing of goalkeeper Joe Wollacott, who was named in the League Two Team of the Season for the 2021/22 campaign.

“Wollacott has signed a three-year deal with the club following the expiry of his contract at Swindon Town,” the English League One club has announced this evening.

Speaking after his move, Joseph Wollacott says he is excited and sees the transfer as a step forward in his career.

"I’m delighted. It’s the sort of club that you always want to be at. You always have the ambition to play for such a high-profile club. Obviously walking around the stadium you can feel the magnitude of the club. I’m really happy to be here,” the Ghana goalkeeper said.

Speaking on his former manager Ben Garner who he has reunited with at Charlton Athletic, Joseph Wollacott said, “Ben being here made it an easy decision. We had a really good season last year. Obviously I know how he wants to play and I know how he wants his goalkeeper to play. I feel like, for the next step in my career, he can really develop my game."