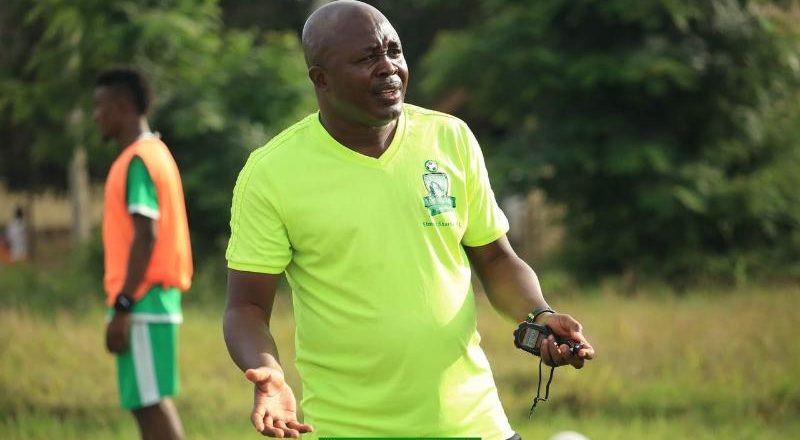 Hearts of Oak are considering the appointment of coach Yaw Acheampong as the team’s new head coach.

The Phobians as they are affectionately called are currently without a head coach and an assistant following the resignations of coach Kosta Papic and Asare Bediako earlier this month.

While the search to replace the two continues, information reaching footballghana.com is indicating that the name of coach Yaw Acheampong has popped up.

According to close sources, officials of Hearts of Oak are impressed with the work of the gaffer at Elmina Sharks and want to bring him on board to handle the team.

It is understood that if coach Yaw Acheampong is appointed, he will work with Tony Loko and James Nanor as his two deputies.