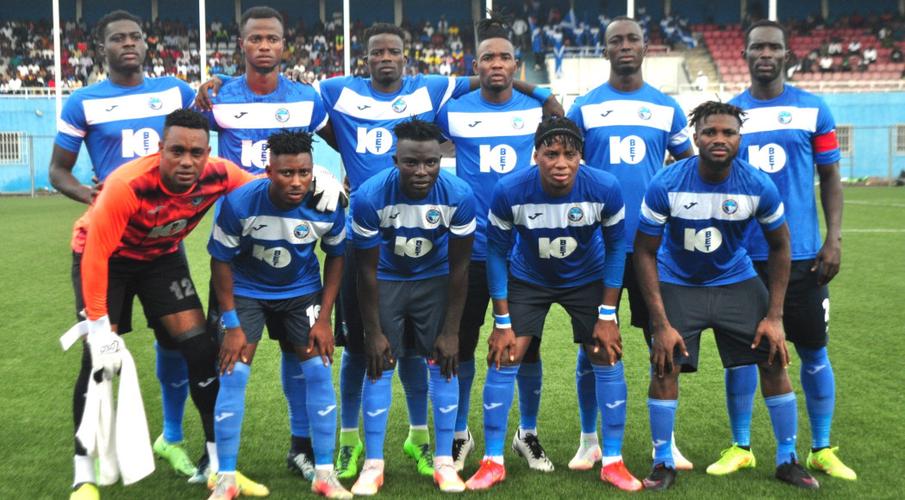 Nigerian club Enyimba will face formidable Caf Confederation Cup play-offs opponents in Libyan outfit Al Ittihad as they seek to re-emerge as a force in Africa.

The pairing was among the most intriguing after a draw in Cairo on Tuesday pitted Confederation Cup last-32 winners against Caf Champions League last-32 losers.

Enyimba are among six former African champions seeking victories in two-leg ties set for November 28 and December 5 with group places up for grabs.

The club from southeastern city Aba are the most successful from Nigeria in Caf competitions, winning two Champions League and two Super Cup titles between 2003 and 2005.

But the closest the People's Elephant have come to further international glory was reaching the 2018 semifinals of the Confederation Cup, the African equivalent of the Uefa Europa League.

"Enyimba are sleeping giants and we need to restore former glory. I will do my best to take the club back to the top, where it belongs," he vowed.

"Nigerian footballers love to attack and show their attacking power, but we must try to get the right balance and not expose the defence."

Enyimba scored four goals and did not concede in home and away victories over Senegalese academy club Diambars in the round of 32 while Ittihad dropped from the Champions League.

Orlando Pirates of South Africa, Hearts of Oak of Ghana, TP Mazembe of the Democratic Republic of Congo, ASEC Mimosas of the Ivory Coast and JS Kabylie of Algeria are the other former Champions League winners.

Pirates should eliminate LPRC Oilers of Liberia, but compatriots Marumo Gallants must return to DR Congo for a showdown with Mazembe, having surprisingly ousted Kinshasa-based Vita Club.

Mazembe have lost stars, including Zambians Nathan Sinkala and Rainford Kalaba and local Ben Malango, to retirements and transfers and are not the force of old.

While Gallants from northern city Polokwane have not won in six South African league outings this season, they exceeded expectations in Africa with Celimpilo Ngema scoring four goals.

Hearts, reeling from a six-goal hiding by Wydad Casablanca in Morocco, face another north African opponent in African debutants JS Saoura from Algeria, whose star is forward Aimen Lahmeri.

Kabylie, whose last of six Caf titles came in 2002, will be overwhelming favourites to eliminate Royal Leopard of Eswatini while ASEC meet Angolan side InterClube in what should be a close encounter.