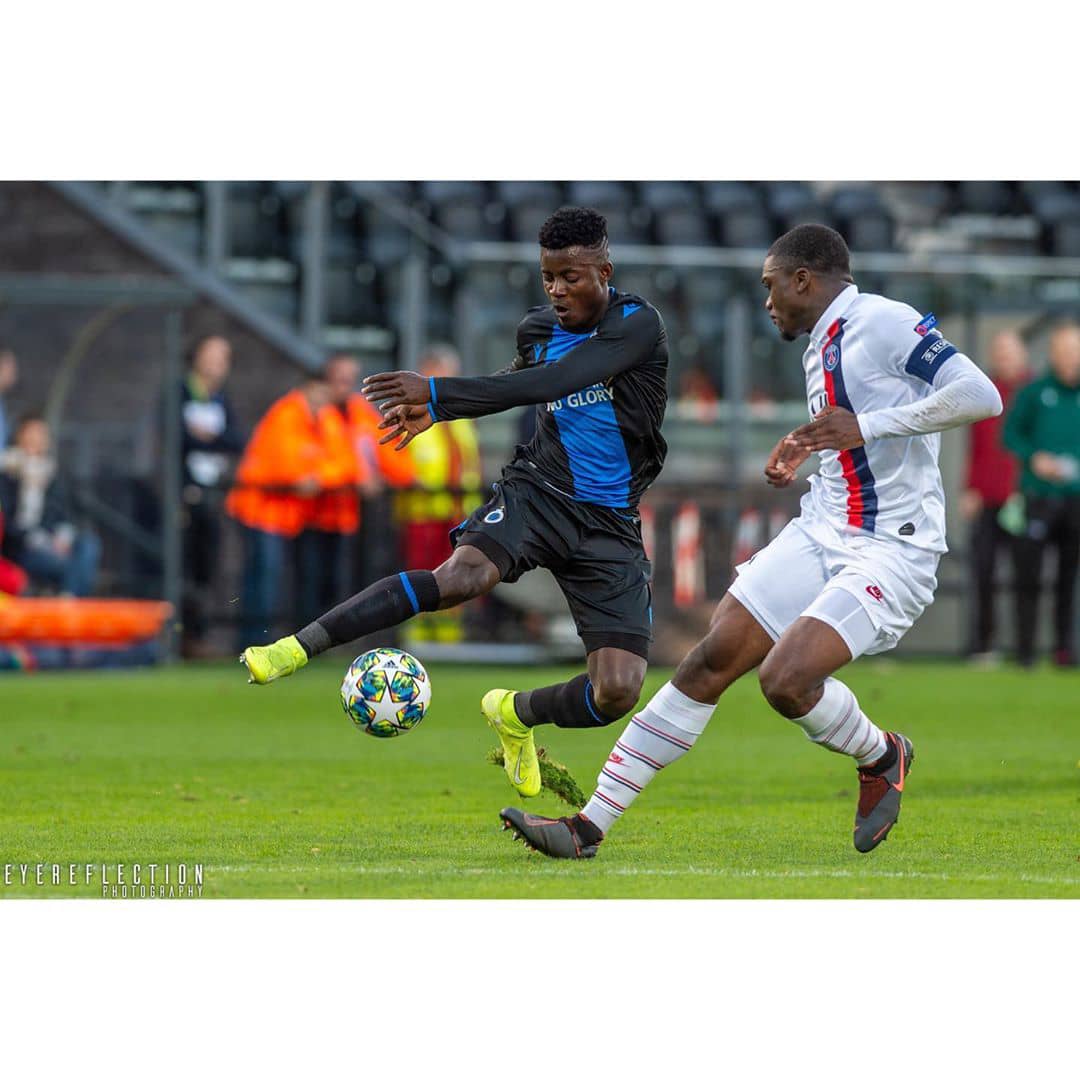 18-year-old Ghanaian youth player Eric Appiah scored for the second time in two successive games for Club Brugge in a 4-4  draw game against OH Leuven in the Belgian reserve league.

Leuven went in front very early in the game  through an own goal in the 9 minute, and then doubled their lead in the 27 minute .

Appiah pulled one back for Club Brugge in the 33 minute to restore confidence in his side before half time.

But it was a goal feast in the second half as home side took back control and increased their tally to 3-1 while the visitors rallied back to half the deficit. Club Brugge managed to score two goals in extra time to share the spoils after Leuven made it 4-2 in the 88 minute.

Eric scored last Friday on the road to Sint Truidense as his club suffered a 2- 1 defeat. The club has failed to record a in their last three league fixtures.

The attacking midfielder has three goals and an assist to his name in eight league matches. Appiah has played in all five games in the UEFA Youth league for Club Brugge with one assist. Their next game is against KRC Genk.