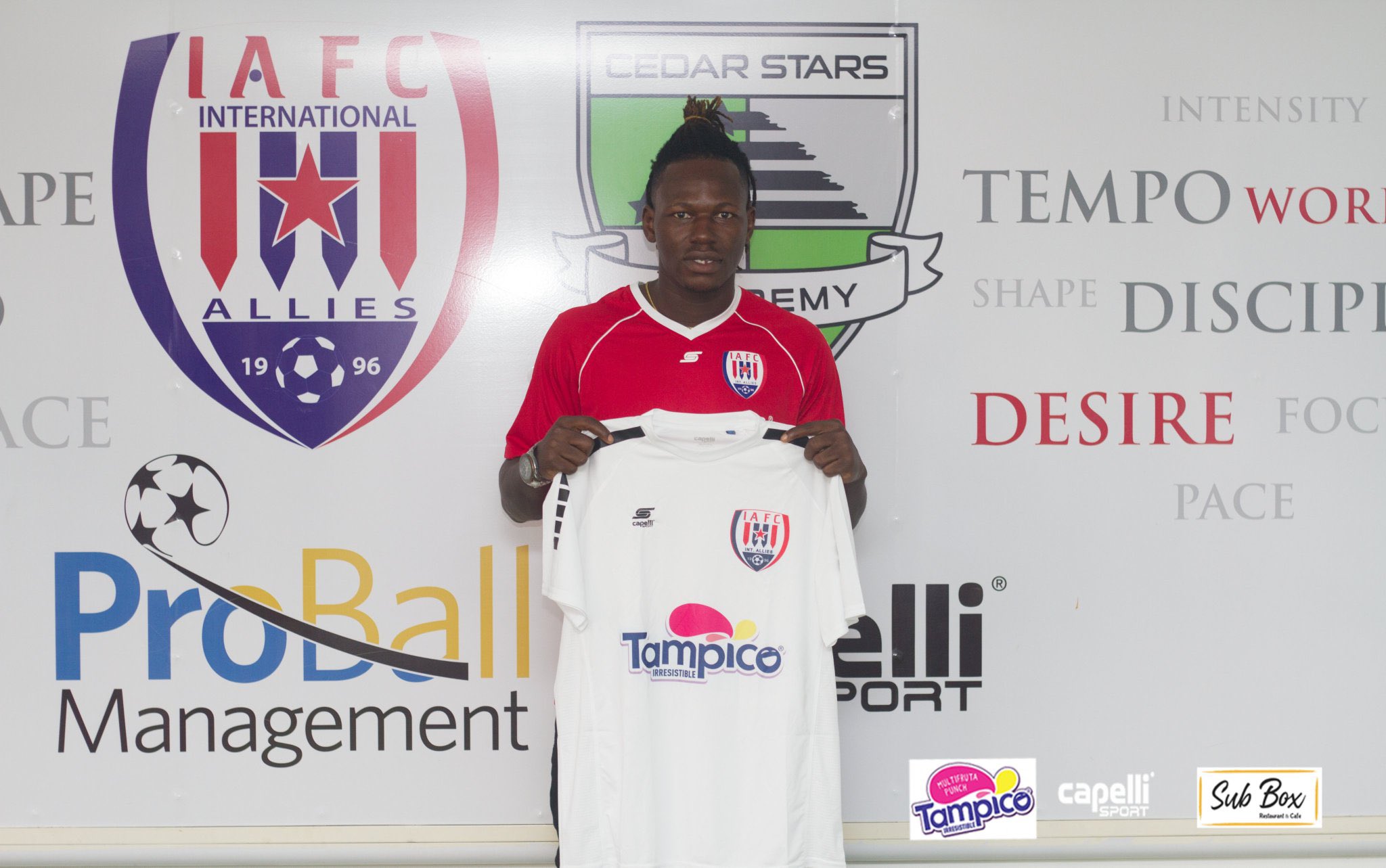 Experienced attacker, Richard Arthur has expressed his delight after completing his move to Inter Allies FC.

The former Asante Kotoko forward on Friday, January 22, 2021, signed a deal with the Ghana Premier League side for the rest of the 2020/2021 football season.

“Inter Allies is delighted to announce the signing of Richard Arthur.

“The Club and the striker have agreed on a deal until the end of the current season,” an official club statement said to announce the signing today.

Taking to his Twitter page to react to his latest move, Richard Arthur says he is excited to join Inter Allies FC.

“Glad to have completed my switch to Inter Allies FC.

“Much love everyone,” a post on the page of the striker reads.

Richard Arthur joins Inter Allies FC with a lot of experience and will be expected to help the team survive relegation at the end of the season.

Glad to have completed my switch to @InterAlliesFC