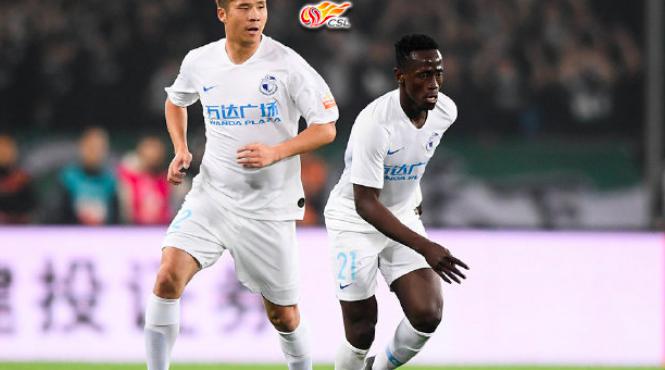 Ghana and Dalian Yifang striker Emmanuel Boateng scored twice as his side drew 2-2 against Tianjin Quanjin in the Chinese Super League.

Boateng scored at both ends of the field after scoring an own goal to deny the home side all three points at the Dalian Sports Center Stadium.

Tianjin Quanjin took an early lead in the 8th minute of the game through Chinese forward Sun Ke strike.

However, the Ghanaian scored two quick goals to put his side in front before half time.

The 23-year-old scored his first in the 33rd minute before adding the second seven minutes later from the spot.

He became the villain with 28 minutes left after scoring in the wrong net to prevent his side from securing all three points.

The former Levante forward seems to have rediscovered his form after netting three goals in six games for the Super League side since arriving in January.

Meanwhile, the youngster did not make coach Kwesi Appiah 23-man squad for the 2019 Africa Cup of Nations in Egypt despite being a regular call-up under the 58-year-old.