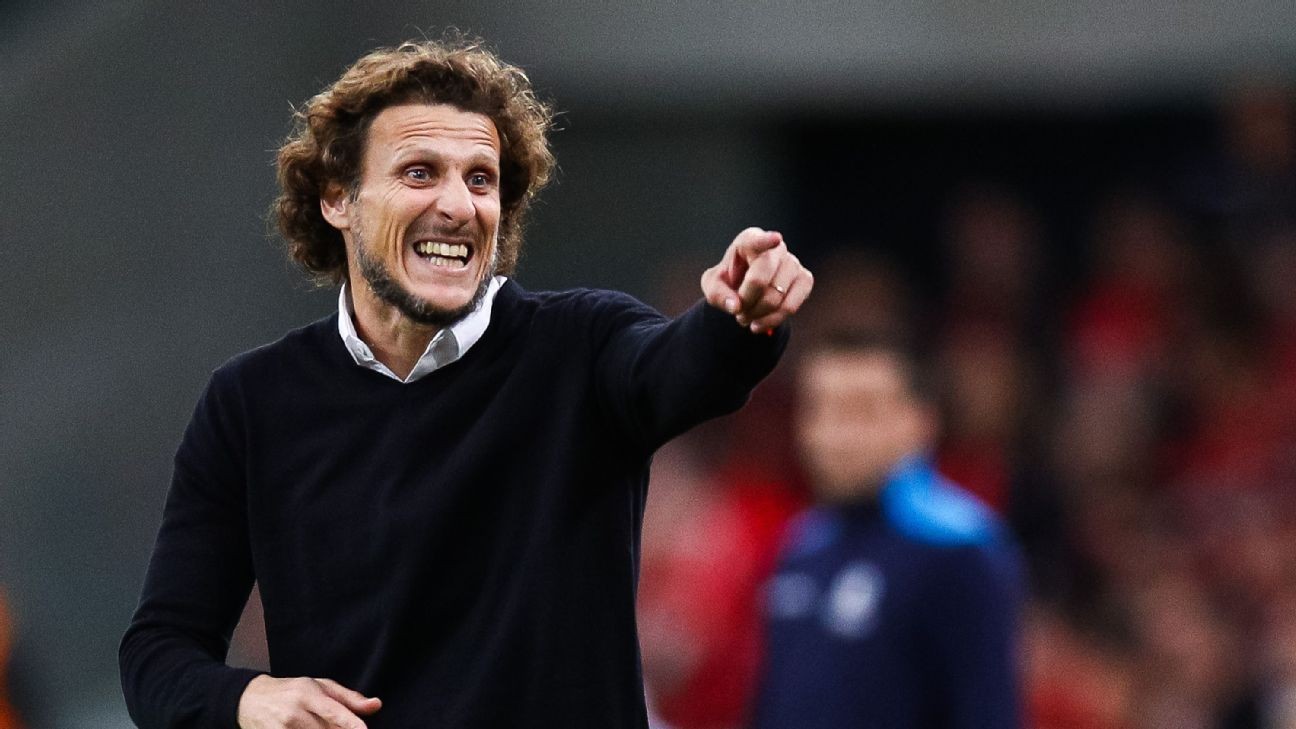 Diego Forlan has been sacked as Penarol manager after only eight months in charge. Photo by Buda Mendes/Getty Images

Former Manchester United striker Diego Forlan has been sacked from his managerial position at Uruguayan side Club Atletico Penarol after 11 games in charge.

The former Uruguay international played for the club between 2015 and 2016, where he won a Primera Division title.

"It's time for me to leave Penarol but first I wanted to write a few words of gratitude," he wrote on Twitter on Monday.

"Thank you for the opportunity you gave me, I was proud to lead Club Atletico Penarol. To the players, thank you very much for your patience, your respect, your dedication and your teachings.

"To all those who work day by day and in silence at Los Aromos, from my heart, thank you. Finally, thanks to the fans for the love. I have no regrets that's how football is."

Penarol announced Mario Saralegui would replace Forlan as manager for his third spell at the club.

"I only have words of gratitude and appreciation for the work that Diego Forlan did until yesterday," club president Dr. Jorge Barrera said at a news conference on Tuesday.

"His name and that of his family will always remain inscribed in the best memory and the best history of the club.

"The statement that he published yesterday on his social media networks confirms once again the quality of person he has been and will continue to be in the hearts of all Aurinegros."

Forlan represented United between 2002 and 2004, while his playing career also included spells at Atletico Madrid, Inter Milan and Villarreal.

During his time at Old Trafford, Forlan won a Premier League title and the FA Cup. He also won the Europa League with Atletico, and received the Golden Ball at the 2010 World Cup as he captained Uruguay to a fourth-place finish.