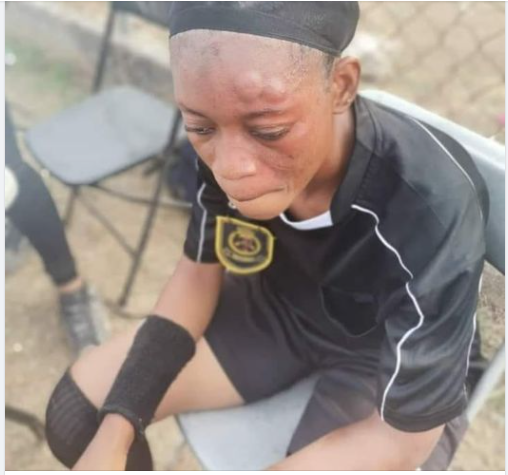 Players of Fabulous Ladies allegedly left referee Faizatu Jakpa in serious pain following an assault on the female referee during their match against Kumasi Sports Academy.

The two clubs based in the Ashanti Region locked horns on matchday six to battle for three points in the Women’s Premier League.

Unhappy with certain decisions taken by referee Faizatu Jakpa, some players of Fabulous Ladies yet to be identified by names mounted an assault on the referee leaving her with marks.

The actions of the players have been condemned and they are expected to be dragged before the Disciplinary Committee of the Ghana Football Association (GFA).

They are likely going to serve a ban plus a fine and could also see their team suffering punishment as well.