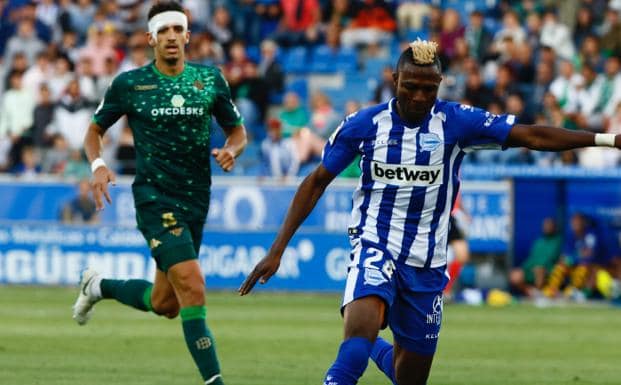 Alaves will listen to offers for Twumasi, who struggled to settle in Spain after joining them last season.

Information reaching Footballghana.com reveals FC Copenhagen are interested in making a bid for the attacker in the summer as they look to beef up the squad for next season.

Scottish champions Celtic could also make an offer for the 25-year old, who almost joined them last summer after impressing in a game against them in the Champions League qualifiers.

The Ghanaian attacker joined the El Glorisso on a four-year deal last season, however, he managed to feature in only 13 games in all competition and failed to score for the club.

Patrick could also move to another La Liga side in search of more playing time next season.