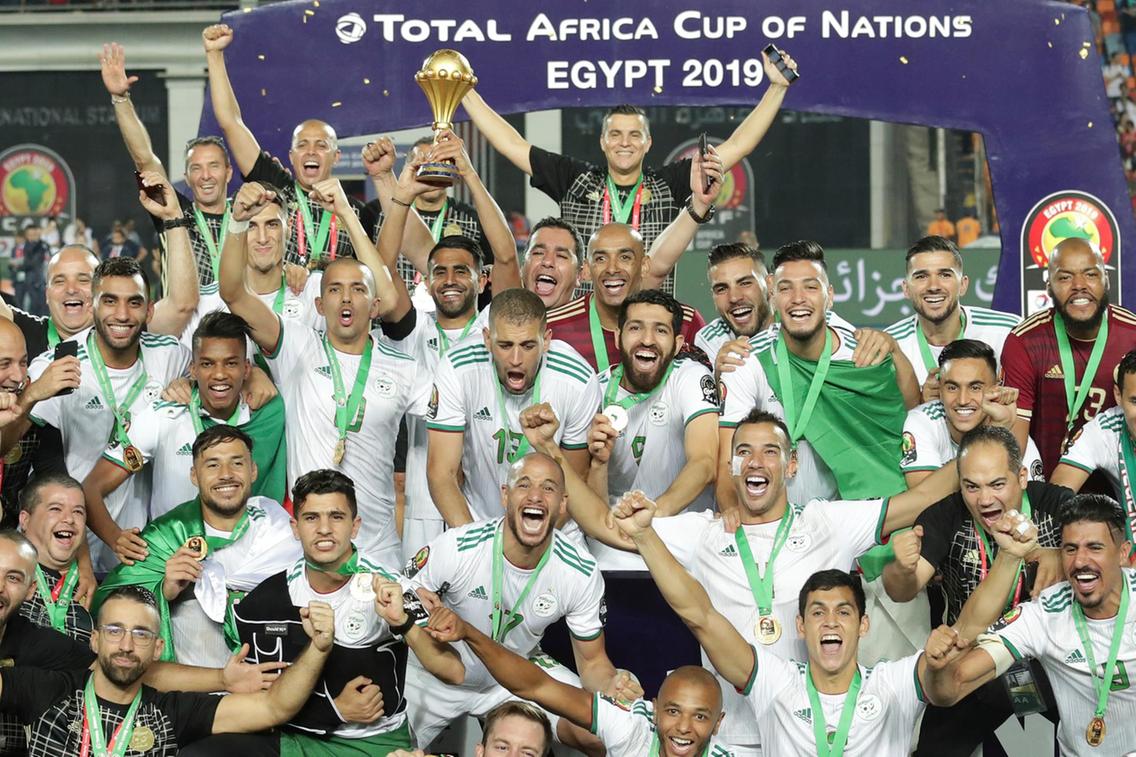 One year ago, on July 19, 2019, Algeria roared over a calm Cairo night to clinch the Total Africa Cup of Nations title in Egypt, quenching a thirst that had rolled on for 29 years since their last conquest on home soil in Algiers.

Les Verts achieved a ‘perfect tournament’, in the most beautiful and flawless ways, winning all their seven matches in the tournament.

Baghdad Bounedjah’s deflected strike early in the final against Senegal at the Cairo International Stadium delivered the much-anticipated piece of silverware.

“It remains the best memory of my football career. At the final whistle, we were on cloud nine. A victory in the AFCON final, 29 years after Algeria’s last football title," says goalkeeper Azzedine Doukha as he reminisces on that special night in Cairo.

The shot-stopper who turns out for Saudi Arabian club Al Raed says the reception they received back home in the aftermath of the victory was magnificent and made the feeling even more special.

“Thousands of them (fans) welcomed us upon arrival to Algiers. Women, children, young people; we were in another dimension,” the keeper recollects.

A few months earlier, the thought of achieving this humongous feat seemed difficult, especially noting that for the first time, the tournament would be expanded to accommodate 24 teams.

But the grit, belief and determination instilled by local coach Djamel Belmadi to his players, the desire to change the image of Algerian football and the unwavering support of fans, nearly 20,000 in the final allowed Algeria to get its claws out and fly over Africa.

For many observers, Belmadi is regarded as the main architect of the achievement in Cairo. A year on, the tactician looks back with a lot of pride and says he has achieved his ambition.

“I wanted to finish first in this tournament and bring the trophy back to my country,” said Belmadi, also voted the 2019 CAF Coach of the Year.

“We went to Egypt with the idea of ​​being ambitious and believing in our capabilities. It must also be said that everything was perfect and the organization of the AFCON was top,” he goes on.

With the celebrations of the conquest in Cairo now behind their backs, Algeria have switched their attention to defending their honor when the tournament moves to Cameroon in 2022, having been postponed from 2021 due to the COVID-19 pandemic.

The Algerians are already clearing their way in qualification, having won both their opening two qualification matches; beating Zambia 5-0 in Blida and picking up a 1-0 victory against Botswana in Gaborone.