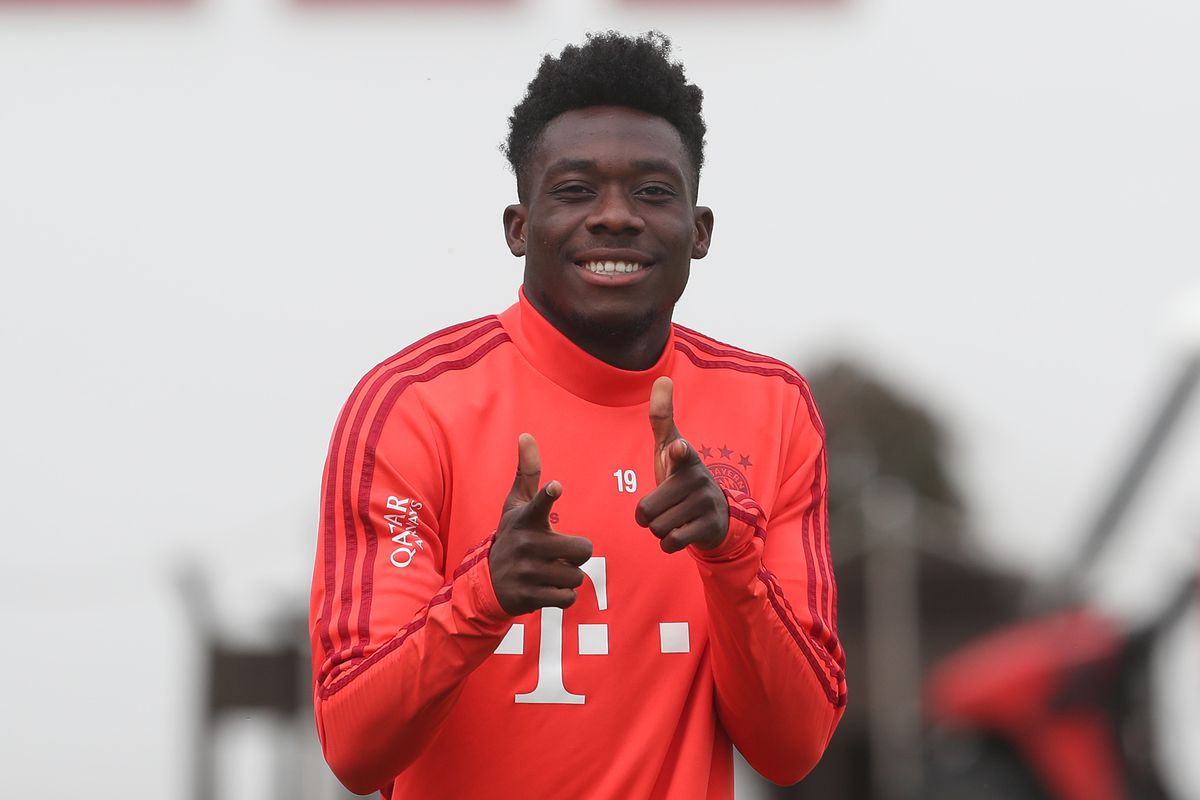 If he has to talk in front of a crowd, he can. Given the choice, though, he would rather not.

You would have never guessed it after the Edmonton-raised soccer star, then 17, stepped to the podium in front of the powerful FIFA congress in Moscow in June 2018. He had been chosen to speak in favour of a joint bid by Canada, the United States and Mexico to co-host the 2026 World Cup.

“They didn’t tell me I was going to be saying it in front of a whole bunch of people,” he recalled with a laugh. “Very, very important people.”

Davies, in a bright red Canada soccer quarter-zip, seemed the picture of comfort on one of the most important days in Canadian soccer history. He told his personal story, with maturity beyond his years, before the influential crowd: how his parents, Victoria and Debeah, fled civil war in Liberia and landed in a refugee camp in Ghana, where Davies was born.

“It was a hard life,” he said, “but when I was five years old, a country called Canada welcomed us in. And the boys on the football team made me feel at home.”

Davies punctuated the speech with a broad, bright smile — his braces a reminder that the poised young man was still a teenager. He remembers being “truly nervous” leading up to the one-minute speech. He’d practised it the day before in front of a much smaller crowd, but was well aware of what was riding on the bid.

He said that nervous feeling went away as he stepped to the podium, much like when he steps onto a soccer field. And in the end, the North American bid was a winner over Morocco.

“When they said ‘Congratulations’ it was a burst of energy because it was — for our generation, for the young players, for us and for our peers — something amazing,” said Davies — in town to prepare for Tuesday’s CONCACAF Nations League match against the U.S. at BMO Field — in a one-on-one interview.

It was in Moscow that Davies seemed to become the face of the next generation of Canadian men’s soccer, although he had already started to make his mark in a number of ways: as a two-time national under-17 player of the year, the youngest ever to play for the senior men’s team, and the youngest scorer in Gold Cup history (going on to win the Golden Boot and other honours in that 2017 tournament).

His fame reached another level soon after the World Cup presentation with news of a $23-million transfer from his first pro team, the Vancouver Whitecaps, to legendary German club Bayern Munich. Davies, who will be 25 when the World Cup showcase comes to Canada, plays down all the hype.

“I’m on the posters and stuff, but that’s about it,” he said. “I know in the future, in 2026, (Canada’s current young stars) will be the players that will be leading Canada. I’m excited for that. We have a lot of good young players on this team that can really help us throughout the process in the World Cup aspect of it. Us being the face, I think people say that, and I think we try not to let that get to our heads. We just try to play football.”

Davies described his personal and professional growth over the past year as “tremendous.” He played his final match with the Whitecaps in late October 2018, scoring a pair of goals against the Portland Timbers, then officially signed with Bayern during the January transfer window.

“Back then I was a kid,” he said. “Still am a kid, but I think looking back on my time in Vancouver, I really had people around me that moulded me into the man that I am today. I had good support … The first time I left (Edmonton) for Vancouver, it was devastating. The first month I was all over the place. I didn’t know what to think. I wanted to go back home.

“Then as time goes on, you realize this is your job now. You can’t really have your family here, your friends here, everyone you want. Me moving to Germany, it was a little bit tough as well, but having experienced Vancouver it was a little bit easier.”

He added that suiting up for famed Bayern, with legends such as Arjen Robben and Frank Ribery early on, still hasn’t sunk in — and is making him a better player.

“I know I’m a Bayern Munich player (on the) outside, but I think in my head, in my heart — I think it’s still just a dream. The more and more I’m in that environment, I think more and more I will be getting up there with some of those guys.”

German soccer great Lothar Matthaus, who played for Bayern, told ProSoccerUSA in August that Davies has a shot at a long run with the 28-time Bundesliga champions.

“He has potential,” Matthaus said. “I see a lot of potential, but he has to learn.”

Davies plans to apply what he’s learned in Germany to his tour of duty with the national team, where the focus is on qualifying for the 2022 World Cup in Qatar. Canada is expected to earn an automatic berth in 2026 as co-host, but Davies said it would be big to qualify on its own.

At 18, he’s a lock to get the call for international matches. Davies was born in Ghana, with Liberian roots, but Canada is home and playing for the national team remains an honour he doesn’t take for granted.