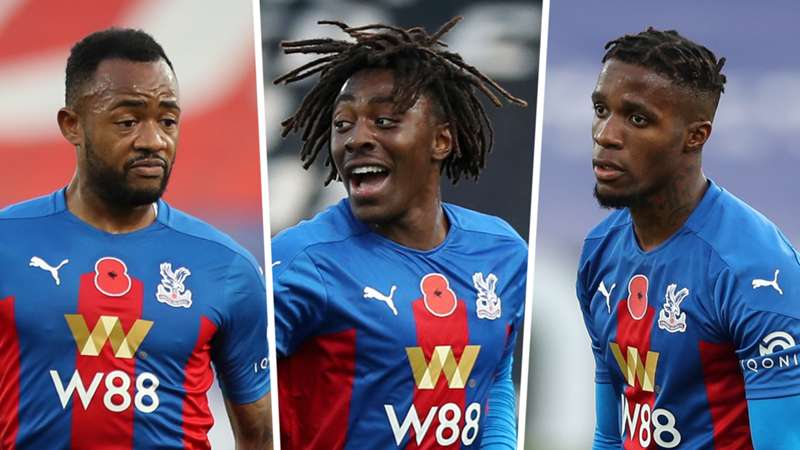 Crystal Palace’s 4-1 win over Leeds United finally saw Roy Hodgson’s side live up to their potential in attack after a few dreary showings since the start of the season.

Having had a summer where the talented Eberechi Eze arrive from Queens Park Rangers, the Eagles were tipped to be more watchable in 2020/21. In truth, that was going to be a deviation from what had transpired in previous seasons under the English manager, with the South London side prioritising a largely counter-attacking approach that wasn't always easy on the eye.

Eze’s acquisition opened up new possibilities for the London outfit and, after a mixed start to the new campaign, something looked to click against Marcelo Bielsa’s troops at Selhurst Park on Saturday.

The 22-year-old set up Scott Dann for the capital club’s opener before scoring an awesome free-kick to double the hosts’ advantage, thus registering his first goal contributions for the side. He put in a defensive shift against the effervescent visitors, too, making four interceptions and attempting five tackles to show he’s already buying into Hodgson’s approach.

However, it’s what he did going the other way that impressed. Eze created two chances, played the joint-second passes into the final third, and his forward-thinking nature in possession meant he was mostly progressive with his passing.

While the youngster’s apparent goal contributions came from set-pieces, Wilfried Zaha’s involvement came largely from open play. The Ivory Coast superstar fashioned out one of Palace’s three big chances — the assist for Jordan Ayew’s strike — was involved in more shot-creating actions (five) than any other teammate and ranked top for goal-creating actions (three) as well.

With seven direct involvements leading to goals already, the former Manchester United winger has now equalled last year’s tally which came in a season that was below his usual level of performance.

His choice to ignore several easier passing options to play in Patrick van Aanholt in the build-up to Palace’s third — an own goal from Helder Costa — was an advertisement for positive, progressive play...something that isn’t seen often during the Eagles’ games.

As for Ayew, the Ghana striker finally opened his account for the season that was derailed for a few weeks owing to a positive coronavirus test. Having shown last season he’s capable of leading the line, a slower start this year has suggested the Ivorian remains the Eagles’ go-to star.

Be that as it may, what the 29-year-old brings to the side can’t be dismissed altogether; Ayew’s tenacity to press the opponent in possession gives a fairly reactive Palace side some impetus given their laissez-faire tendency.

The ex-Swansea attacker harried the Leeds man in possession more times than any other teammate, a statistic that wasn’t a one-off. He leads the way for pressures per 90 for Hodgson’s side with 27.6 pressures per game, with Andros Townsend way behind with 21.7.

Still, scoring regularly, something he achieved in 2019/20, remains a great need for the Eagles. As such, finding the back of the net against Leeds was the icing on the cake for the home team after a testing encounter on their turf.

The striker’s goal was his first of the season and his first since hitting the back of the net vs Tottenham Hotspur on the final day of last season. Hitting nine goals again this term seems unlikely, but with Zaha now back at his best, Hodgson needs players like Eze and Ayew to chip in from time to time for the rest of the campaign as they look to wean themselves off an over-reliance on the wide attacker.

In spite of a dominant final score vs Leeds, there’s a danger in jumping on the Palace train too early, given how quickly these things could easily take a turn for the worse.

The South London side can have a tendency to retreat into their shell despite the obvious threat they carry going forward. While they rarely dominate possession, the harm they could inflict on any side in transition doesn’t come to the fore nearly enough.

Having defeated Manchester United 3-1 at Old Trafford — a game they racked up 14 attempts despite having 25 percent possession — they disappointed with a poor showing in their very next away game at Chelsea, losing 4-0 after shooting only four times without hitting the target.

Then there was that game at home to Brighton & Hove Albion which was even more discouraging and, some might say, depressing. On their Selhurst Park turf, the Eagles’ only attempt all game was a 19th-minute penalty scored by Zaha.

They strangely allowed the Seagulls to come at them for the remaining 70 minutes, leading to strong criticism of Hodgson’s approach in a game they conceded a staggering 20 shots. In a sense, observers felt the late Brighton equalizer was deserved, not really because of what Graham Potter’s team did but due to Palace’s negative style after they went in front.

Success over Leeds was encouraging, as the home team delivered an improved showing after that disconcerting display vs Brighton, even though the game could so easily have gone differently had Patrick Bamford’s strike to equalize for 1-1 stood.

Regardless, Eze, Zaha and Ayew did brilliantly to take the game away from Bielsa’s team to banish the memory of their ignominious performance against the Seagulls.

For the second time this season, it feels like Hodgson has something to build on but the jury remains out on whether the experienced manager takes advantage of another potentially significant victory or instead plays it safe at the detriment of his capable African triumvirate.