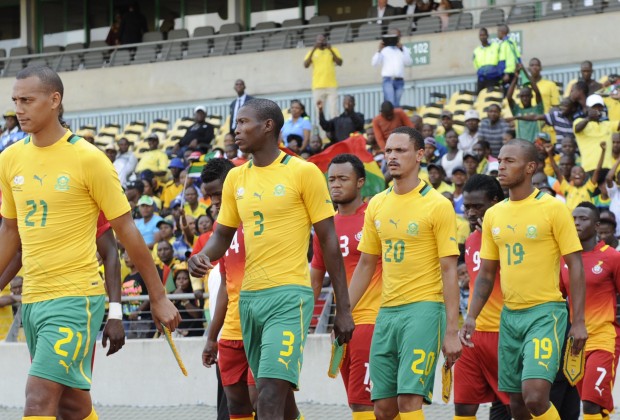 These days, it feels as if no one cares about Ghana’s senior national football team. But when South Africa arrive in November for the Black Stars’ first competitive game since the 2019 Africa Cup of Nations (Afcon) in June/July, there will be a lot riding on it with numerous subplots unfolding around the encounter.

It will be the latest fixture in a long rivalry that has served up games in Fifa World Cup qualifying campaigns and Afcon tournaments. It is one that appears unaffected by the recent xenophobic attacks that threatened to turn South Africa into a pariah once again – Zambia and Madagascar pulled out of playing friendlies against Bafana in September – but who can predict the reception the national team will get in Accra.

The Black Stars appear to matter little to Ghanaians at the moment. There is not much talk on Ghana’s otherwise noisy sports radio scene about the country’s national football team. The future of coach Kwesi Appiah has barely figured in the news. And it seems to be business as usual.

Except it is not.

By the end of October, there should be some clarity. A new man will be in charge of the Ghana Football Association (GFA) after 12 years under former president Kwesi Nyantakyi. His tenure came to a crushing end last year, besmirched in disgrace.

The Black Stars have often reflected but not represented the status of Ghanaian football. If they are doing well, it hides the ills and everyone in the sport carries on. If they are not, it triggers conversations about all the other ills: low talent levels, minimal local interest, dwindling numbers in the top leagues, a grassroots base struggling to keep pace with the rest of the continent and generally a sense of a sport with no clue about where it is going.

The mandate of the new man at the helm would be simple, to restore confidence in the sport and win Ghanaians back to the side of the custodians of the nation’s biggest pastime. So it is not surprising that much of the campaigning by the seven candidates seeking to become GFA president has revolved around the grand terms of “restoration”, “winning back public confidence” and “taking Ghana football where it belongs”.

This will require doing and saying all the right things. Proper structures and sound policies. But nothing inspires confidence more than when the senior men’s national team wins games. And for Ghana, this is where the Black Stars would be central.

Using Afcon to cover the cracks The reason Afcon was such a big deal was because of the perception it creates. With club football almost non-existent in Ghana and the sport struggling to shake off the negativity and mess revealed by investigative journalist Anas Aremeyaw Anas’ Betraying the Game documentary, which brought the Nyantakyi era to an end, the government saw Afcon as a way to get football fans back on side, says renowned football commentator Kwabena Yeboah.

“The president took a special interest in the tournament because he understands football needs a lift,” says the host of the country’s longest-running sports television show, Sports Highlights. “So he gave the coach Kwesi Appiah his full backing and went to great lengths to make the players comfortable.”

It didn’t work. Ghana performed poorly and for those used to watching the side compete for titles at Afcon, it was a sobering moment.

“I think Egypt came with the realisation that we are falling behind,” says former Ghana international Laryea Kingston. “Normally we would be in the semifinals, very competitive, but in Egypt we were not.”

Last shot at survival This year was the first time since 2006 that Ghana did not finish in the top four of the tournament, a run stretching back six tournaments. In that period, the team reached the final twice, coming within just one penalty kick of winning the title in 2015.

The 2019 team was a relic of that side, with veterans Asamoah Gyan, the Ayew brothers (André and Jordan), John Boye and Christian Atsu still involved. Then there were new boys Kasim Nuhu, who was brilliant at the back, and Samuel Owusu, who showed that with more work he can be relied upon.

When the team assembles in November for its next run of games, it will provide major glimpses of the future. Appiah, whose deal runs out in December, may find that the game against South Africa is his final opportunity to hold on to the most wanted job in Ghana’s coaching circles.

Appiah’s popularity has plummeted since the Nations Cup failure. Many have accused him of a lack of leadership, indecisiveness and tactical failings, saying this has stagnated the team since he returned for a second spell in 2017. The former captain of Ghana and first local coach to qualify the Black Stars for the World Cup says he is still the man for the job, but not everyone is convinced.

“I supported Kwesi Appiah’s comeback, but to fail woefully in three major international tournaments under all these circumstances means I don’t think there is any sense [in keeping him],” says sports journalist Saddick Adams. “In any case, there is too much public disaffection with him after the tournament. It’s not the best to keep him against that toxic background.”

What the future holds Appiah has held on to his job since the tournament and shaken up his technical team, replacing the national Under-23 coach with former Ghana captain Charles “CK” Akunnor. The person in this position traditionally doubles up as assistant coach to the national squad.

“I think if he starts well in the qualifiers then it is only fair that he stays on for a while. South Africa is a difficult game and a good performance would be important in giving him some time,” says Kingston.

The choices Appiah makes will be telling in terms of where he wants to take the team.

Gyan may be back playing club football in India, but it is highly unlikely he will be in Appiah’s plans after the former captain’s damning assessment of Appiah’s management at the Nations Cup. Jordan Ayew seems to have stepped in well with goals and a good start to the season at Crystal Palace in England. Raphael Dwamena has sparked back to life in the lower tier of Spanish football and in Richard Ofori, goalkeeper for South Africa’s Maritzburg United, Ghana have found a man who provides a good base.

Appiah must now work out two key things, how to get the best out of Atletico Madrid’s Thomas Partey so that his club form reflects on the international stage, and how to do the same with Inter Milan’s Kwadwo Asamoah.

“It is fundamental how Ghana plays going forward,” says Kingston. “The Black Stars need to begin making the most of their best players.”