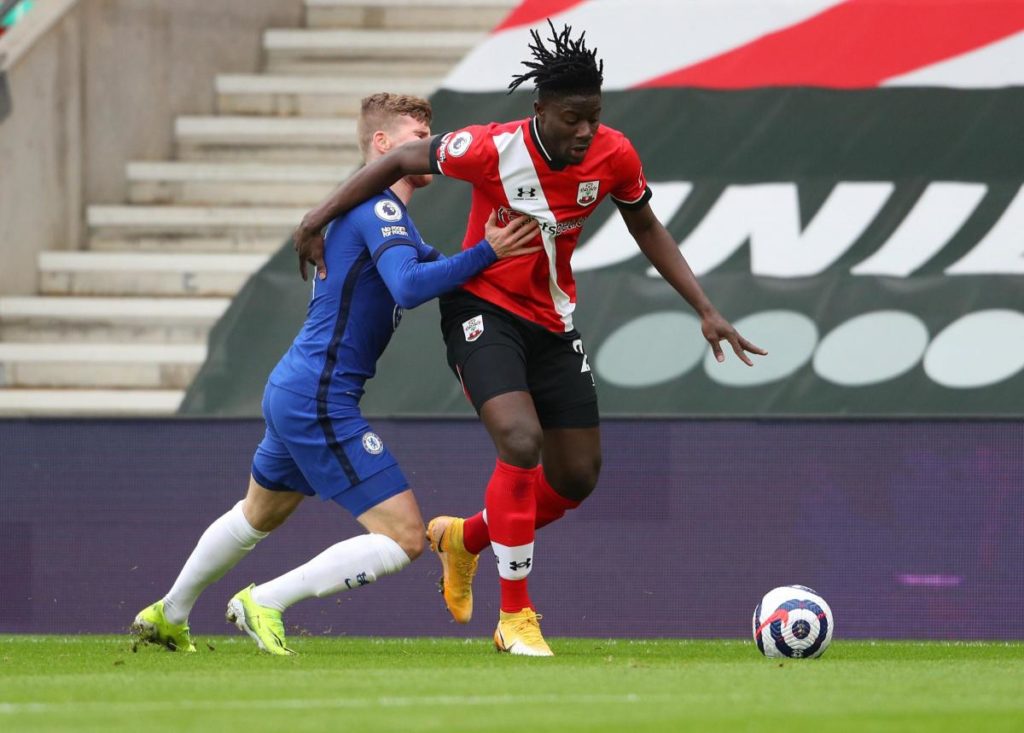 Southampton have seemingly been in the market for a full-back for some time and will almost certainly look to bring in a left-back and a right-back this summer, with their lack of options in those positions having been cruelly exposed at times this season.

Ryan Bertrand has been a mainstay in Ralph Hasenhuttl’s side at left-back, despite some less than impressive performances, with the 31-year-old starting 29 of the Saints’ 32 Premier League games so far this campaign.

The former Chelsea man was briefly injured earlier in the season and missed the 3-1 defeat against Arsenal at St Mary’s, with Jake Vokins emphasising that he was nowhere near ready for Premier League football with his performance.

He was subsequently sent on loan to League One Sunderland, which left just Bertrand available as a natural left-back in Hasenhuttl’s squad. However, the Austrian has seemingly found a solution in recent weeks, with Mohammed Salisu filling in there on a number of occasions.

The Ghanaian defender, who joined from Real Valladolid in the summer but has been limited to 10 appearances for the Saints, was utilised at left-back for the 5-2 loss against Manchester City before being selected there again for the game against Tottenham Hotspur in midweek.

Although both games have resulted in defeat, the 22-year-old has shown that he is a viable option in that position for Hasenhuttl, and perhaps he could prove to be the natural replacement for Bertrand this summer should he depart St Mary’s when his contract comes to an end.

Whilst Salisu has shown very little going forwards, his positioning could allow Southampton to transition into a back three when they have the ball, with Kyle Walker-Peters pushing up on the opposite flank.

After all, Bertrand has managed just one assist so far this season, so he clearly doesn’t get forward particularly effectively. Having a more naturally defensive option such as Salisu there would make a lot of sense for Southampton.

Earlier in the season, Jannik Vestergaard was quick to sing the praises of the 22-year-old despite his lack of first team opportunities at that point, saying: “He looks comfortable on the ball, he has an amazing physique and is just generally a nice guy. I think he’s a big talent and he has a lot of years ahead of him.”

Therefore, after an impressive performance against Spurs, perhaps Hasenhuttl should give Salisu a run of games to see if he could step up as Bertrand’s successor next season.